TORONTO -- Toronto city council has called for a review of the rules that allow vaping products to be advertised on city properties like bus shelters in the hope of deterring youth from picking up the habit.

Fletcher’s call to council to support a review passed unanimously Wednesday in light of mounting evidence documenting the health risks of vaping.

A city report points to the addictive nature of nicotine and cites respiratory inflammation as a short-term health risk.

The long-term effects, it says, are still unknown.

City staff reports that Canada-wide, between 2017 and 2018, there was a 74 per cent increase in the number of youth who confirmed having vaped in the past month.

Cigarettes can not be advertised on city properties and Fletcher suggested that vaping was no different.

“The medical community is starting to get a lot of information here, saying these are basically another form of smoking,” she said. 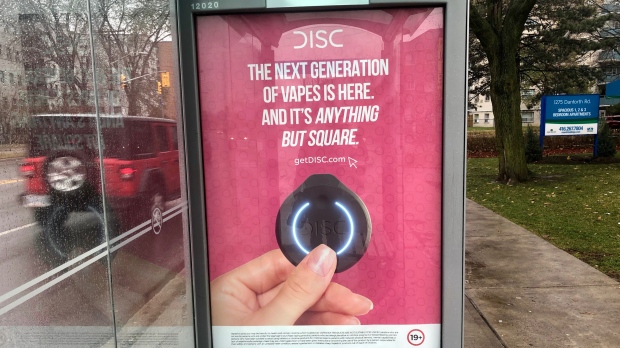 The move follows a decision by the TTC to ban the promotion of vaping products on its properties. The province has announced it will not allow vaping ads at convenience stores and gas stations beginning in January.