Toronto neighbourhood transforms into 'Llama Lane' for the holidays 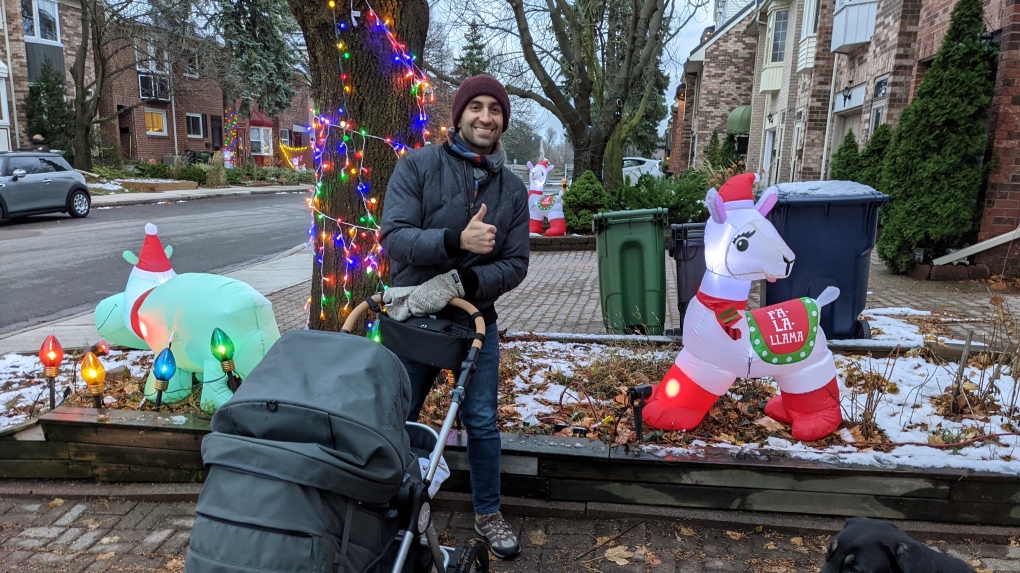 Raffi DerGhazarian is seen beside an inflatable holiday-themed llama. (Photo provided by DerGhazarian)

TORONTO -- When a Toronto couple purchased a holiday-themed inflatable llama for their front lawn, they had no idea the concept would snowball into what they now call “Llama Lane.”

As of Thursday, there are more than 20 of the inflatable mammals lining the streets around Greenwood Avenue and Torbrick Road, just south of the Danforth. The majority of them can be found on Unity Road.

“It kind of just keeps growing,” Raffi DerGhazarian told CTV New Toronto. “It's definitely not Kringlewood, which is insane, it’s just this fun, mini version of it with this silly, random inflatable that’s a llama.” 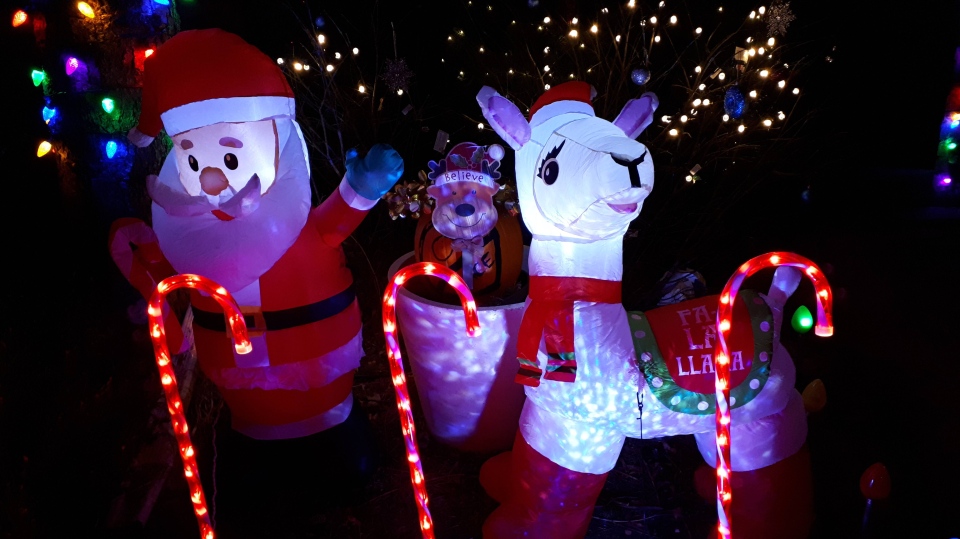 The idea sprang from a friendly competition with a neighbour over Halloween decorations a month earlier. DerGhazarian said that every week each family would up the ante and buy another lawn decoration.

Once Halloween was over, DerGhazarian’s family jumped right into the winter holiday spirit.

“My wife and I had bought a llama for our lawn and we saw that our neighbours across the street also had it.”

While at first disappointed in the twinning lawn ornaments, the neighbours decided to make the best of it and bring the rest of the neighbourhood into the fold. DerGhazarian posted on a community Facebook group proposing that others join in on the llama-themed fun.

“I thought there would just be a handful of people that agreed to do it—just you know, the neighbors that we know personally—and now I think we're over 20,” DerGhazarian said, noting that some people have committed to participating but are holding on to the decorations until December. 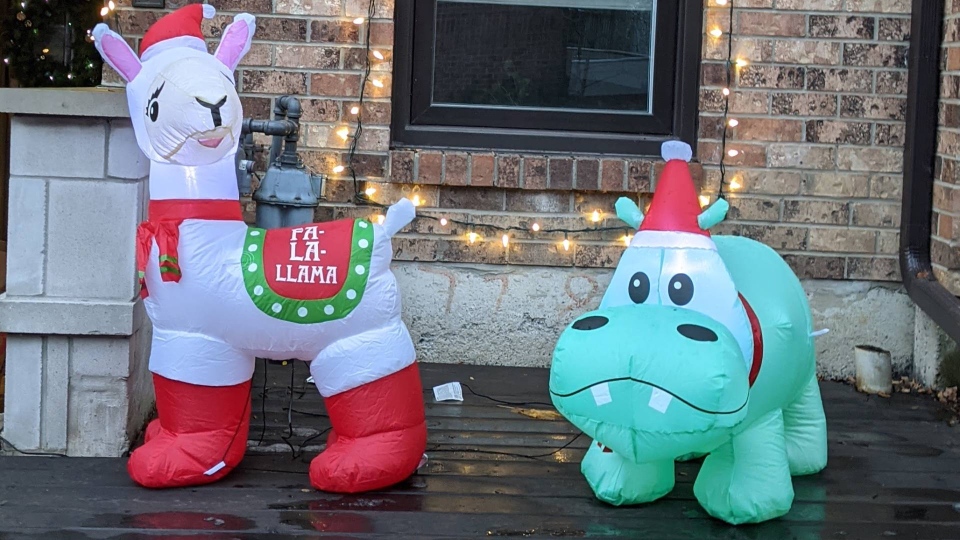 The term ‘Llama Lane’ was coined by Derghazarian after seeing the turnout.

“It's just fun,” he said. “I even had some friends who don't live in the immediate area, saying hey, give me your address, I want to bring the kids to come check it out.”

“It’s a silly thing. I think most people like it and it's actually gotten the community talking.”

DerGhazarian said that the project has helped bring the community together during a time in which people are particularly isolated, although any talking and picture-taking is still done at a distance.

As for the friendly competition that started it all, DerGhazarian said that while his wife says they are done, the holiday display “just keeps growing.”