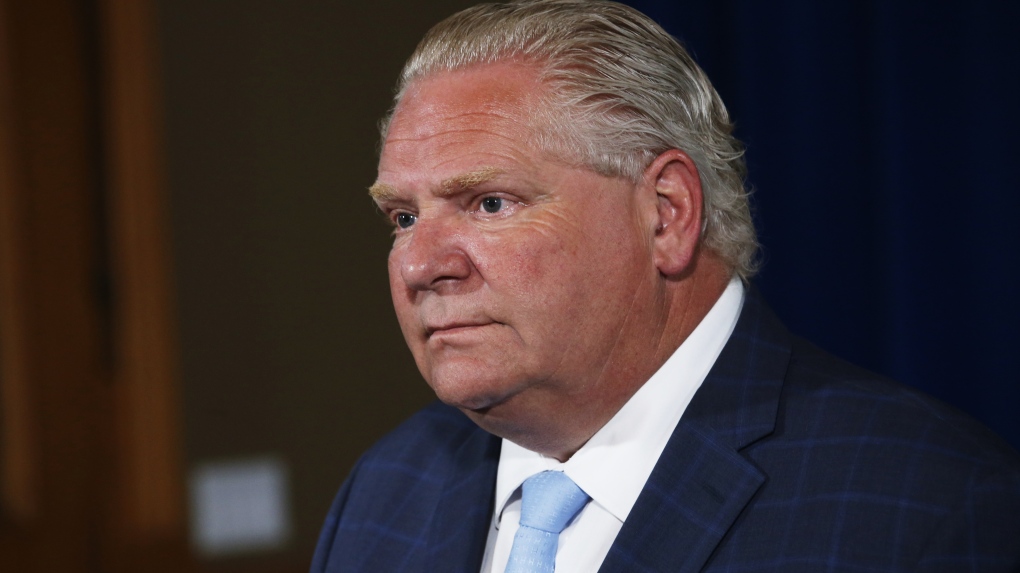 Ontario Premier Doug Ford is seen in this photo taken at Queen's Park. (The Canadian Press)

TORONTO -- The Ontario government is expanding the number of people that can gather indoors at large facilities such as hotels or convention centres by increasing capacity to 50 people per meeting room or space.

At the height of the COVID-19 pandemic, the province restricted the gathering of people, prohibiting citizens from meeting up with those outside of their household. As the number of infections decreased, the government slowly lifted some of the restrictions.

Regions in Stage 3 of Ontario’s economic recovery plan have been permitted to increase gatherings to 50 people indoors and 100 people outdoors. However, the indoor gathering restrictions applied per building.

Certain facilities such as gyms and movie theatres were given permission to increase capacity to 50 people per room after demonstrating they could adhere to proper safety precautions.

In a news release issued on Friday afternoon, the Ontario government said it would allow large facilities such as convention centres, hotels, banquet halls, resorts and conference centres to increase their capacity in a similar fashion as long as their plans were approved by health officials.

“As the province gradually and safely reopens, our government is continuing to promote a safe approach to reopening businesses to boost Ontario’s economic and social recovery,” Minister of Heritage, Sport, Tourism and Culture Industries Lisa MacLeod said in a statement.

“Allowing for multiple meetings or events will allow convention centres, hotels and other professional meeting facilities to welcome back more visitors and employees.”

Regardless of whether people gather indoors or outdoors, the province says that physical distancing regulations must be followed. Residents are still not allowed to be in close proximity to those outside of their 10-person social bubble.

The premier of Ontario has previously said that he doesn’t anticipate expanding the number of people within a social bubble until 2021.