TORONTO -- A senior government source has confirmed to CTV News Toronto that the Liquor Control Board of Ontario (LCBO), the Beer Store and licensed cannabis retailers will remain open after the Ontario premier ordered the closure of all non-essential businesses starting March 24 at midnight.

The decision was made during a cabinet meeting at Queen’s Park, during which categories of businesses were deemed essential or non-essential.

Earlier today, Premier Ford's government announced the upcoming closure of all non-essential businesses in an effort to combat the spread of COVID-19. The order is set to come into effect on March 24 at 11:59 p.m. and will remain in place for at least two weeks.

The LCBO and the Beer Store, the source said, are generally viewed as grocery-type goods, which is why they will remain open during the mandatory shutdown of businesses.

Both the LCBO and the Beer Store have already reduced their hours in an effort to curb the spread of COVID-19. On Thursday Mar. 19, all LCBO stores began operating from 11 a.m. to 6 p.m. daily. Similarly, the Beer Store reduced its store hours province-wide to 10 a.m. to 7 p.m.

The LCBO is a crown corporation overseen by the ministry of finance. The full list of non-essential businesses was released on Monday evening.

CTV News Toronto has also confirmed that cannabis retailers will remain open amid the province-mandated closure of non-essential businesses.

Toronto’s Medical Officer of Health Eileen de Villa weighed in on the LCBO’s essential service status at a news conference on Monday, saying that closing the stores could actually result in “pretty significant health consequences.”

“With respect to the LCBO and its operations, whether we care to admit it or not, there are many people in our community who have significant dependence issues with respect to alcohol,” de Villa said. “I think we have to be very conscious of that fact and be aware that if that substance, that provision, is no longer available, that that would lead to pretty significant health consequences.” 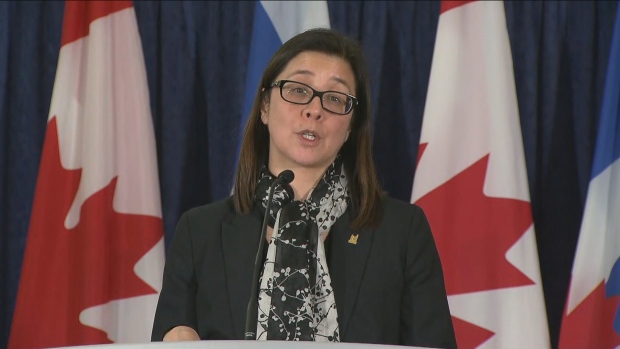 However, de Villa added that the sight of long lineups outside of LCBOs across Ontario is not in line with the province’s guidance on reducing the spread of COVID-19.

“I’m sorry to hear of long lineups at any facility that clearly is not in keeping with the social distancing advice and very strong recommendations that we’ve been putting out there,” de Villa said. “Being in lineups, in close proximity, less than six feet from another person, is clearly not social distancing.”

At one LCBO location in Toronto, people could be seen lining up around the store with little distance between customers. Staff at the LCBO location at Park Lawn Road and The Queensway could be heard asking customers to move away from each other to create physical distance. 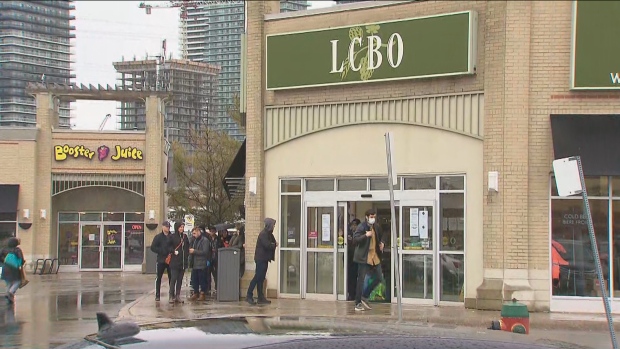 At another LCBO location at Coxwell Avenue and O'Connor Drive, customers were asked to line up on a set of orange lines laid out by staff to encourage physical distancing. 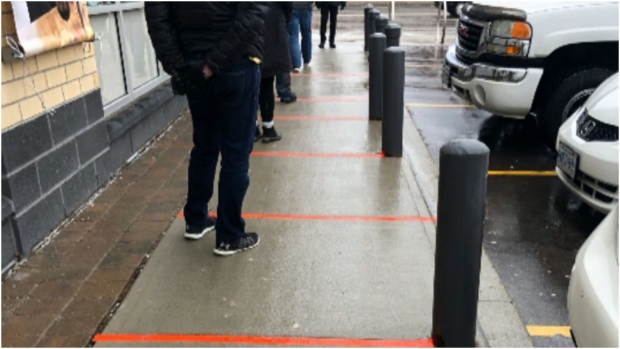 With files from Colin D'Mello.