A Western University student, bank employee, part-time server, and basketball player was the innocent victim of a fatal shooting outside of a Mississauga bar earlier this month.

Jackline Keji Gore, 24, was attending a birthday party with friends at Fume Bar and Lounge when gunfire erupted in the parking lot at around 3 a.m.

When emergency crews responded to the scene, they located Gore suffering from at least one gunshot wound. The London, Ont. woman was pronounced dead at the scene. 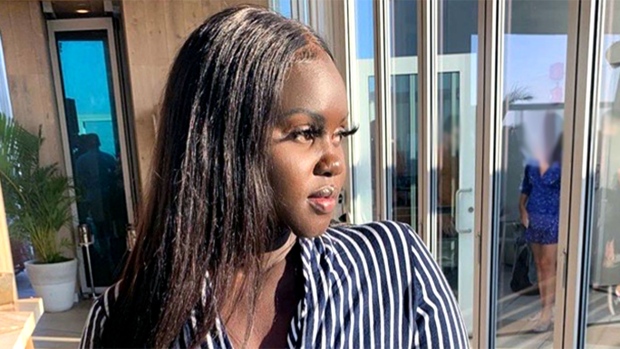 Speaking at a news conference alongside investigators on Friday morning, a spokesperson for Gore’s family said her death has shattered their entire community.

Gore’s mother and father stood beside her cousin James Swaka as he spoke. 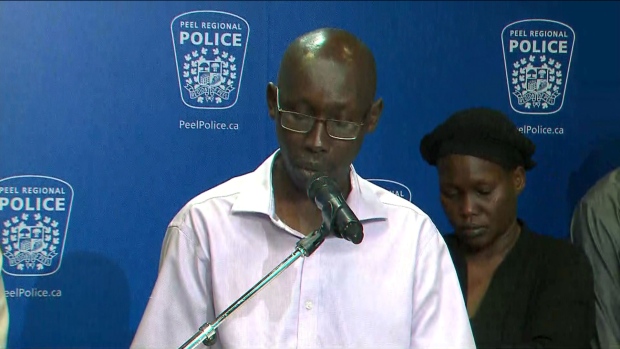 Gore was a psychology student who first studied at York University before returning to Western University in her hometown. Swaka said she was always busy working as a phone specialist at a local bank and as a part-time server at a restaurant. As well, Gore was a basketball player who received a university scholarship for her skills. 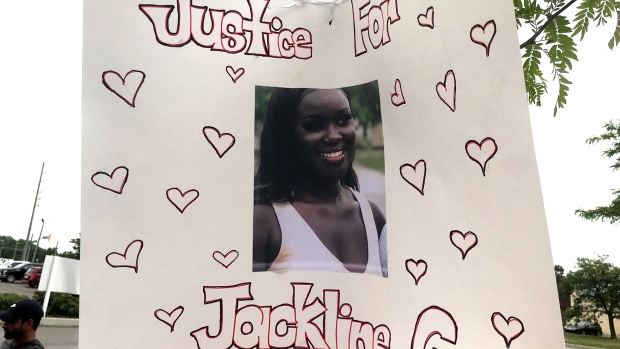 A sign honouring Jackline Keji Gore is seen at the scene of the fatal shooting on July 19, 2019. (CTV News Toronto)

“She was entering the prime of her life” when she was “senselessly taken away,” he said.

“There was continued disbelief, confusion and shock as to how and why this could have happened to Jackline,” Swaka said.

“As times and generations change, these senseless acts continue to plague our communities. Jackline was an innocent victim who didn’t deserve to be taken the way she was, from her family, friends and community that loved her.” 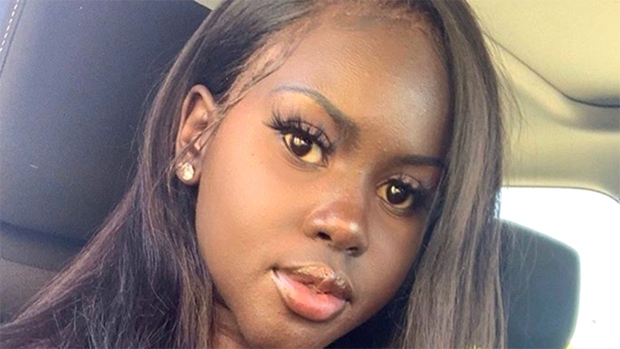 Speaking at the news conference on Friday, Insp. Martin Ottaway said a man standing at the entrance of the bar at the time of the deadly shooting was the intended target.

“Our investigation to date has determined that at 2:48 a.m. a suspect approached a group of men that was standing by the front doors of the bar,” he said. “The suspect was armed with a firearm and began shooting at one of the men.”

“That man, who we believe was the intended target, then fled through the parking lot while being pursued by the suspect. The suspect continued to shoot at him as her fled. Tragically Jackline was struck by one of the bullets as she was standing in the parking lot and was fatally wounded.” 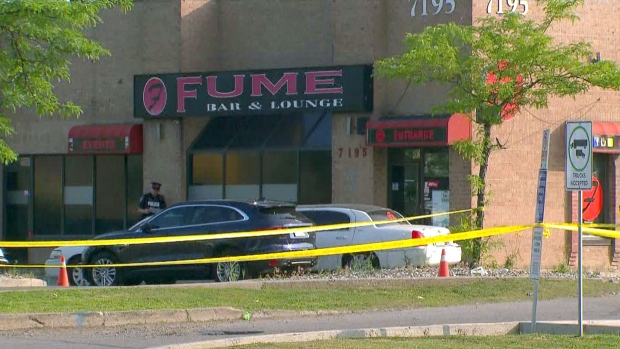 The scene of a fatal shooting outside Fume Bar and Lounge in Mississauga is seen on July 8, 2019. (CTV News Toronto) 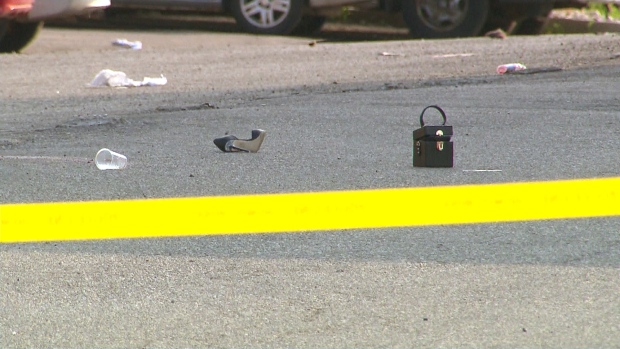 Items left on the ground outside Fume Bar and Lounge after a fatal shooting on July 8, 2019 are seen. (CTV News Toronto)

Swaka echoed an appeal from police for anyone with further information regarding the incident to come forward as minimal suspect information has been released thus far.

Ottaway described the suspect only as a male who was wearing a grey hooded sweatshirt and a mask at the time. He was last seen fleeing the scene in a dark SUV, similar to a crossover style, southbound on Torbram Road towards Derry Road.

“We are appealing to people who were present that night at Fume Bar and Lounge to contact us,” he said. “We know there were a number of people present in the parking lot when the shooting occurred and we need those people to do the right thing and come forward and speak with us.”

Anyone with further information is asked to contact investigators or Crime Stoppers.