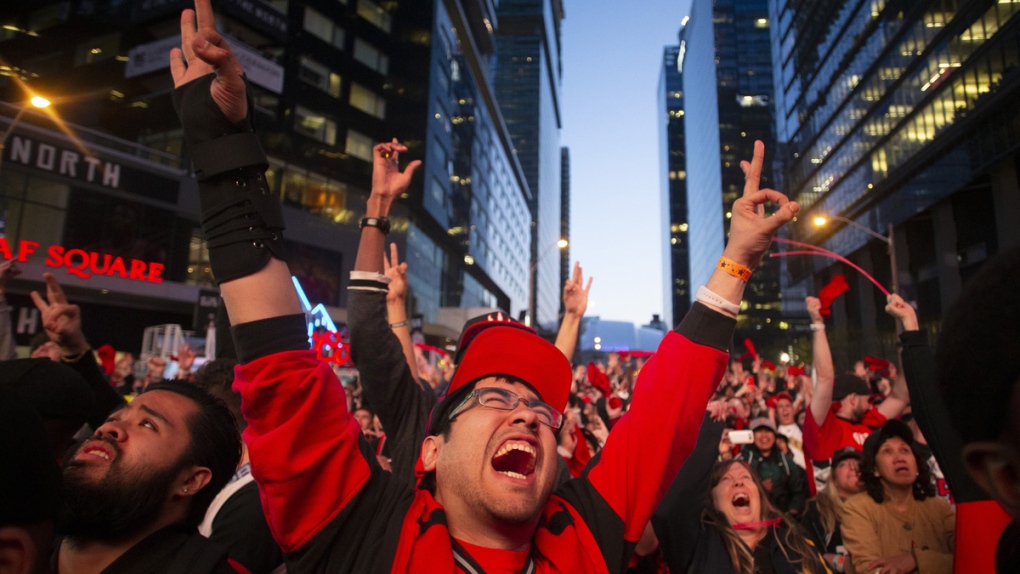 ANCASTER, Ont. -- The passion of Toronto Raptors fans during the NBA Finals has impressed Rory McIlroy.

The No. 4 golfer in the world is playing in the RBC Canadian Open this week at Hamilton Golf and Country Club and has made the most of his time in southern Ontario, taking in the Raptors' 109-104 loss to the Golden State Warriors in person on Sunday in Game 2 of the series.

He loved the atmosphere at Scotiabank Arena and says he'll keep a close eye on the rest of the NBA Finals in his down time.

"It was really cool to be there and be a part of and experience," said McIlroy on Wednesday after playing in a nine-hole pro am. "I've always had an appreciation for other athletes and it's one of my favourite things to do is to go and watch other sporting events and see how other athletes handle their situations and pressures."

Sunday's Game 2 loss was not McIlroy's first experience with a playoff basketball game.

A good friend of LeBron James, McIlroy took in games throughout the Miami Heat's dynasty years between 2010 and 2014.

"But they were in Miami, so it's a different fan base and it's, you know," said McIlroy trailing off to laughs from reporters. "It's funny, you go to an NBA Finals game in Miami, there's empty seats in the first quarter and they are not turning up until halftime."

It's unclear if McIlroy will take in Game 5 on Monday when the series returns to Scotiabank Arena. The final round of the Canadian Open is scheduled for Sunday and McIlroy will be in the field at the U.S. Open which opens at Pebble Beach Golf Links in California on June 13.

‘The Raptors are amazing': Support for Canada’s team grows as they win Game 3 of NBA finals

Curry's heroics not enough to save Warriors in Game 3

Kyle Lowry shoved by fan after landing out of bounds

'It’s once in a lifetime, this is the bucket list': Raptors fans follow team south for NBA Finals