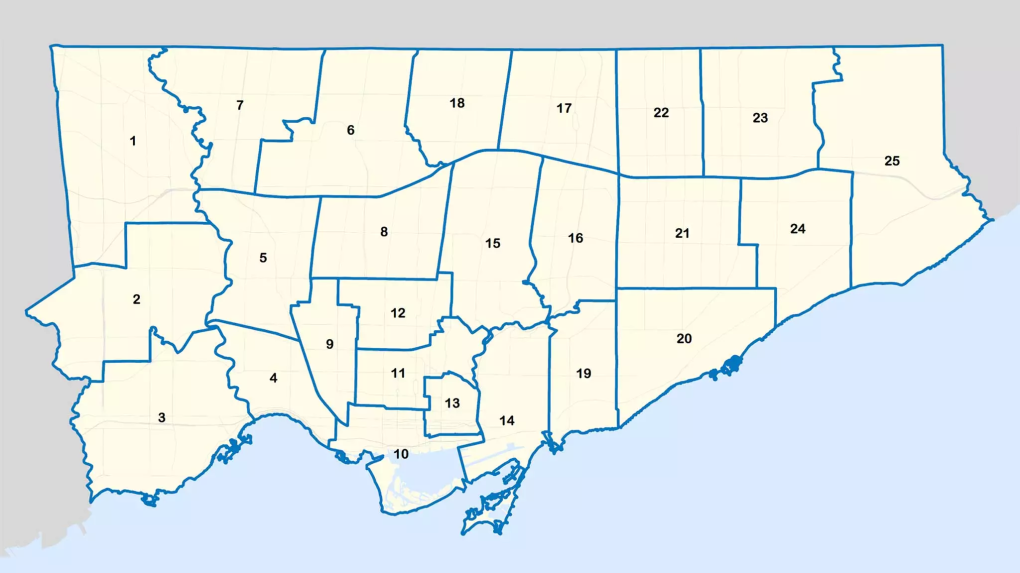 Toronto voters head to the polls on Monday and with seven wards without an incumbent, it could be a once-in-a-generation chance for renewal on city council.

But who is running in your riding and what do they stand for anyway?

It's a question that's not always easy to answer at the municipal level, where the number of candidates in some wards numbers in the double digits.

Speaking with CP24 earlier this month, Professor Emeritus at Toronto Metropolitan University Myer Siemiatycki said that without political parties to “make our assessments by” and in some cases only names “that may as well have been plucked out of a telephone book,” the advantage afforded to incumbents at the municipal level can be significant.

“When you go to the ballot box you get handed a piece of paper with a bunch of names on them and it is impossible to know who all the candidates are and what they stand for,” he said.

Of course, incumbents don’t always win and with a minimum of one-quarter of all seats set to turn over, it’s assured that there will be some new faces when the next city council is sworn in this December.

There is also plenty of interesting races to keep an eye on over the course of election night.

In Ward 1 – Etobicoke North there will be no Ford on the ballot for the first time in 22 years, injecting plenty of uncertainty into the race. Meanwhile, there is a handful of open races in some of the city’s fastest-growing wards downtown, including Toronto Centre, University-Rosedale and Fort York-Spadina. Whoever emerges in those wards could end up as the face of council’s progressive faction. There is even a race in Scarborough, pitting two candidates with the last name Mantas (no relation) against one another.

Here is what you need to know about the upcoming municipal election and below is a closer look at all 25 city councillor races across Toronto.

You can also find out more about the school trustee races here.