What the Liberal government promised for Toronto

Despite the Liberals losing 20 seats across Canada in the federal election, the party made a clean sweep of all 25 Toronto ridings.

During the campaign, Liberal Leader Justin Trudeau spent a number of days in the Greater Toronto Area, making several promises in regards to the issues that matter most to Toronto voters.

Here's what the Liberals promised during the campaign.

Speaking at the site of the deadly 2018 Danforth shooting on Sept. 20, Trudeau vowed to strengthen gun control.

He promised that a re-elected Liberal government would ban military-style assault rifles, including AR-15s, and give municipalities the power to ban or restrict handguns.

The Liberals also promised to establish a buy-back program for legal assault rifles. They said they won’t re-establish the long-gun registry, vowing to protect the rights of hunters. 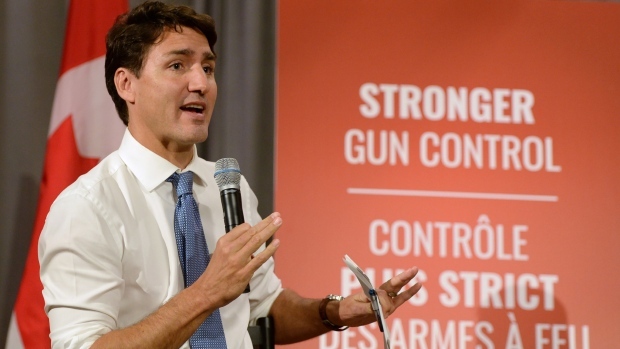 The Liberals vowed to expand the First-Time Home Buyer Incentive Program, in which the Canada Mortgage and Housing Corporation loans the buyer up to 10 per cent of the purchase price of the house—so long as the borrower has the minimum down payment.

The plan is currently available for first-time buyers earning less than $120,000 annually, but a re-elected Liberal government would raise that income cap to $150,000. The party would also raise the maximum eligible home price for the program in the hot markets of the GTA, Vancouver and Victoria to $789,000 from $505,000.

"There is a real challenge across this country of people being able to afford their first homes," Trudeau said on Sept. 12.

Trudeau also promised to introduce an annual one per cent speculation and vacancy tax on properties owned by non-resident non-Canadians.

Liberal government said they would also offer incentives for green housing improvements, including interest-free loans of up to $40,000 for energy-efficient retrofits and a Net Zero Homes Grant of up to $5,000 for zero-emission new-builds.

Trudeau declared a tax cut for the middle class his first priority, promising to raise the basic personal deduction over four years so the first $15,000 of money earned is tax-free for Canadians earning $147,667 a year or less.

The current basic personal amount—the income on which federal taxpayers are not taxed—is $12,069. The move would save the average individual $292 a year and the average family $585 a year, according to the party.

"Far too many Canadians are living paycheque to paycheque," Trudeau said on Sept 22.

The Liberals would also increase the federal minimum wage to $15 per hour and introduce a 10 per cent tax on luxury vehicles, boats and aircraft.

In addition, Trudeau has pledged to boost old age security by an extra 10 per cent once a senior turns 75, beginning in July 2020, and increase the Canada Pension Plan survivor benefit by 25 per cent.

The Liberals pledged during the campaign to making maternity and parental employment insurance benefits go further by removing federal taxes at the source.

"You'll get every dollar right when you need it, since no taxes will be taken off the EI cheque," Trudeau declared at a campaign stop on Sept. 17.

The Liberals said they would introduce an additional 15 weeks of paid leave for adoptive parents to ensure they get the same benefit as birth parents. The party said they’ll also create a family leave plan for parents who don’t qualify for Employment Insurance. 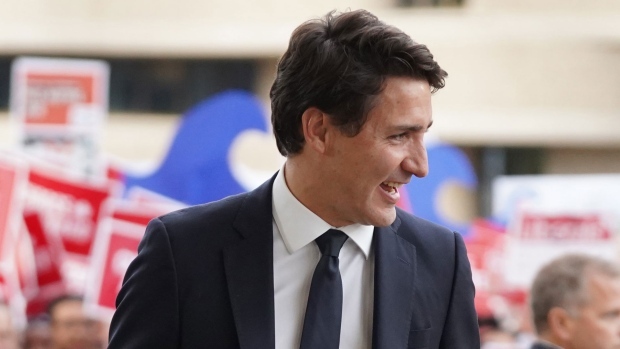 Trudeau pledged to boost the Canada Child Benefit, the monthly cheques designed to assist parents with the cost of raising kids. The Liberal government said they would increase the benefit by 15 per cent for children under the age of one, which the party calculates would save some families up to $1,000.

The Liberals are also promising to spend $535 million per year to create 250,000 before-and-after-school child-care spaces. Lowering the cost of these programs by 10 per cent would save an Ontario family of four $800, according to the party.

Ten per cent of the spaces would be dedicated to parents with shiftwork schedules.

Meanwhile, Tory has weighed in on the election results, saying he's "looking forward to working with our prime minister."

"As mayor, I have focused on building strong relationships and partnerships with all levels of government that have led to historic investments," Tory said. 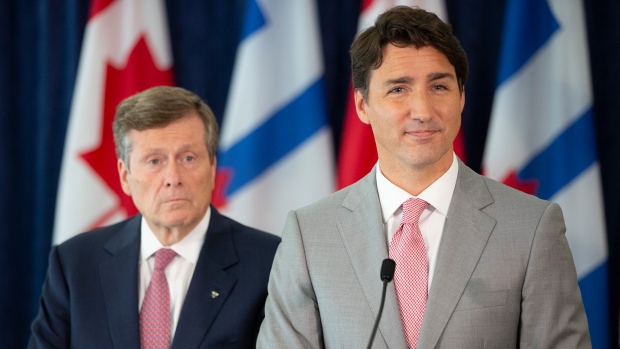 "His campaign promised to continue investing in transit expansion in Toronto, in affordable housing, and in kids and families as an important element in addressing the roots of gun violence – three important priorities for our City."

"I look forward to continuing to work with our prime minister and all Toronto members of parliament to ensure that those investments, particularly in our transit plan, continue and grow."