Hot housing: How each party aims to help homebuyers

The home is a modest three-bedroom bungalow, savvily staged with the gleam of a professional polish.

At 1,300 square feet, the Oakville house is a perfect starter home for a young family—assuming they can manage the $969,000 price tag.

“The affordability is an issue,” broker Nima Khadem tells CTV News Toronto in the living room.

Many first-time house-hunters would be drawn to the open-concept, pot-lit space, picturing their kids colouring at the counter with dinner on the stove; a simple, but cozy, home that shouldn’t be too much to hope for by a family with good jobs and decent savings, right?

Except this is the GTA, where even the most measured housing ambitions are quashed by a sky-high market that pushes prices out of reach.

“Right now, that is a huge challenge,” Khadem says. “A lot of people actually have the down payments necessary to get into the market, but they can’t get approved for the mortgages they need.”

The millennials who grew up aspiring for the picket fences their parents owned now face the reality of the modern market: prices that can push a million for a starter home, as bidding wars brew.

Some of Canada’s keenest voters are of the generation that is trying to break into the housing market, fuelling the rental industry in the interim, and the federal leaders are pitching various plans for accessing financing, boosting supply, and improving affordability—offering help, to homebuyers.

The Liberals have vowed to expand the First-Time Home Buyer Incentive Program, in which the Canada Mortgage and Housing Corporation loans the buyer up to 10 per cent of the purchase price of the house—so long as the borrower has the minimum down payment. 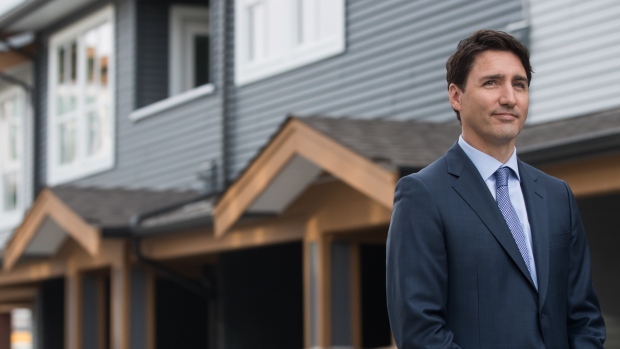 The plan is currently available for first-time buyers earning less than $120,000 annually, but a re-elected Liberal government would raise that income cap to $150,000. The party would also raise the maximum eligible home price for the program in the hot markets of the GTA, Vancouver and Victoria to $789,000 from $505,000.

“There is a real challenge across this country of people being able to afford their first homes,” Trudeau said Sept. 12.

Leader Justin Trudeau has also promised to introduce an annual one per cent speculation and vacancy tax on properties owned by non-resident non-Canadians.

A re-elected Liberal government would also offer incentives for green housing improvements, including interest-free loans of up to $40,000 for energy-efficient retrofits and a Net Zero Homes Grant of up to $5,000 for zero-emission new-builds.

The Conservatives have appealed to first-time homebuyers through a pledge to ease the mortgage stress test for Canadians trying to break into the housing market, loosening the ability for borrowers to obtain a loan.

Leader Andrew Scheer has vowed to allow 30-year mortgages for first-time buyers, up from 25 years currently. The move to stretch the financing would mean homeowners would pay more interest in the long-run, but would have smaller, more manageable, payments in the short-term. 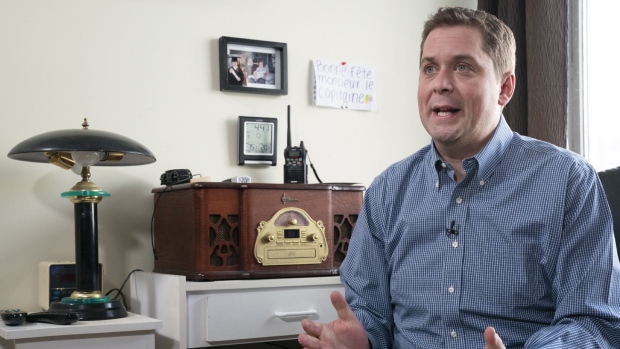 Scheer would also remove the stress test from mortgage renewals, allow housing development on surplus federal land in a bid to increase supply, and launch an inquiry into real estate money laundering.

A Conservative government would offer a 20 per cent refundable tax credit for energy-saving home improvements ranging from $1,000 to $20,000.

The New Democrats have promised to invest an immediate $5 billion into the construction of 500,000 new affordable homes over 10 years. 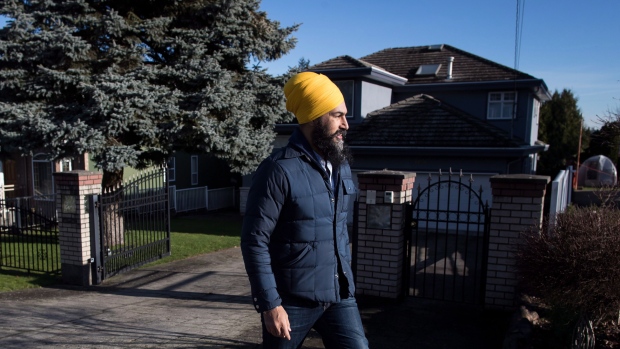 Singh would reinstate 30-year mortgages for first-time buyers, and would also introduce a 15-per-cent housing tax for foreign buyers.

The NDP would also work to remove GST and HST from the construction of new rentals.

Green Party Leader Elizabeth May has vowed to axe the first-time home-buyer grant introduced by the Liberals, and redirect the CMHC’s focus to supporting affordable housing. 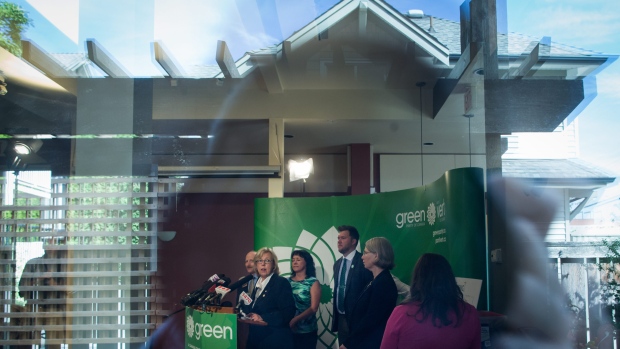 May is also promising to reinstate tax breaks for purpose-built rental housing, and appoint a housing minister to oversee and strengthen the federal housing strategy.