TORONTO -- A rapid snowfall on Wednesday morning has tapered off, but an extreme cold weather alert remains in effect in Toronto as bitterly cold winds are expected to hit the city throughout the late afternoon.

The weather notices were issued by officials on Wednesday morning ahead of an expected temperature of -20 C with the wind chill in the late afternoon and blustering lake effect snow flurries. 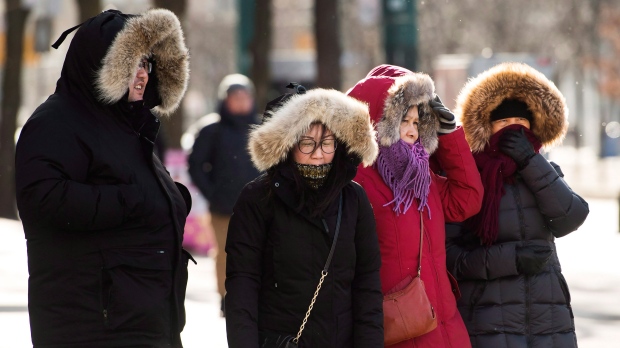 Extreme cold weather alerts are issued when the temperature is expected to reach -15 C or colder, or when the wind chill is forecast to reach -20 or colder. Snow squall warnings are put into effect when intense snowfall moves through an area and visibility is subsequently reduced.

Snow flurries hit parts of the Greater Toronto Area at around 9 a.m., reducing visibility for drivers during their morning commute.

While the snowfall tapered off within about an hour and the warning ended, the chilly temperatures are expected to continue. 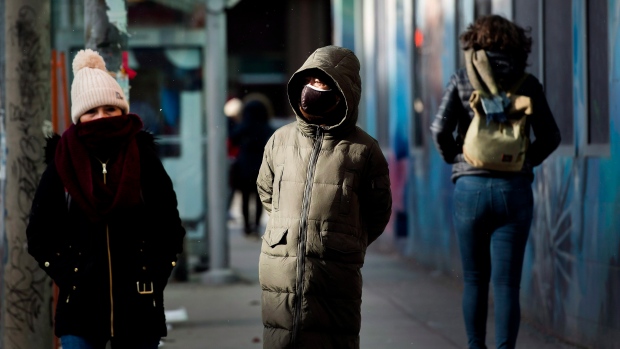 “Exposure to cold weather can be harmful to your health,” Toronto’s medical officer of health Dr. Eileen de Villa warned in a news release issued at 8 a.m.

“Hypothermia occurs when the body’s core temperature drops below 35 C and can have severe consequences, including organ failure and death. Frostbite can also occur in cold weather when skin freezes and, in severe cases, can lead to amputation when deep tissues freeze.”

De Villa advised Toronto residents to be on the lookout for “those most at risk of cold-related illness,” including people experiencing homeless, those who work outdoors, elderly people, and young children.

The alert has opened local services throughout the city that focus on getting and keeping vulnerable residents indoors.

A warming centre will be open at Metro Hall by 7 p.m. and will remain open until noon on the day the alert is terminated.

A high of -6 C is expected in the city on Wednesday before the temperature dips in the afternoon, which will bring a few bursts of lake effect snow flurries.

Below normal temperatures are expected to continue throughout Thursday and Friday with a high of -8 C and -5 C, respectively.

More mild temperatures are expected to return for the weekend with a high of 0 C on Saturday and 4 C on Sunday.