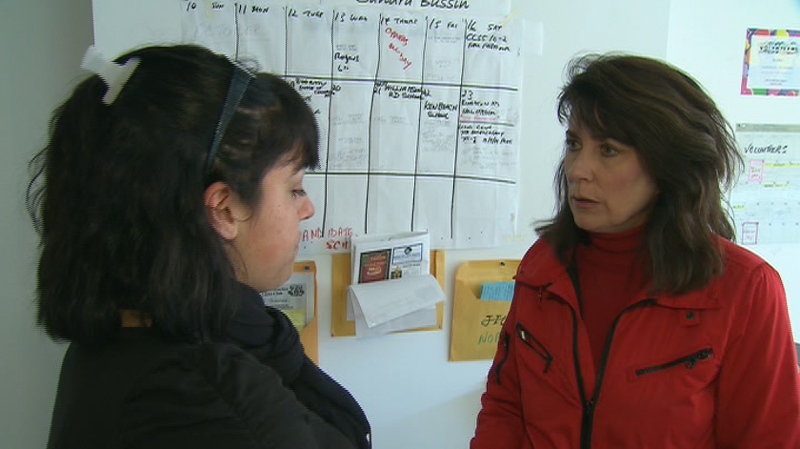 The campaign to unseat Sandra Bussin, the long-standing Beaches councillor, gained a little more traction on Saturday, when a third candidate for the Ward 32 seat dropped out to support her strongest challenger.

Bruce Baker ended his campaign on Saturday and formally backed candidate Mary-Margaret McMahon to defeat Bussin. He is the third candidate to do so in recent weeks, as part of an apparent "Anybody but Bussin" movement.

"Upon reflection, the real goal of this election is to ensure that this election results in real change in Ward 32," Baker said in a statement. "Mary-Margaret has the same three principles that my campaign was based on: transparency, fairness and best value for taxpayers."

Martin Gladstone and Neil Sinclair have previously pulled out of the race to support McMahon.

McMahon told CTV News that she felt there was a distinct desire for change in the region, and residents feel Bussin has grown stagnant during her 13 years on council.

"We are all in it for the same reason. We all want change, and so do the constituents," McMahon told CTV News. "We have been door knocking for 15 weeks and that is all we hear at the door; it is time for a change."

Following Sinclair's endorsement, Bussin told CTV News that she was not worried about a change in temperature.

"I didn't know this candidate, I have never seen him before," Bussin said. "I don't feel it has any impact whatsoever."

Bussin has won four consecutive elections, the most recent by receiving nearly 70 per cent of the vote. But recent polls suggest McMahon, a community activist, is a serious threat to her re-election.

Bussin has faced criticism recently on a number of topics, most notably her role in granting an untendered contract to the company that runs the Boardwalk Pub, near Woodbine Beach.

One day before Baker endorsed McMahon, he was calling for Bussin to step out of the race and endorse him, in an attempt to stop the conservative McMahon.

Baker said Conservatives had united around McMahon and that she threatened the "social fabric in the Beaches community."