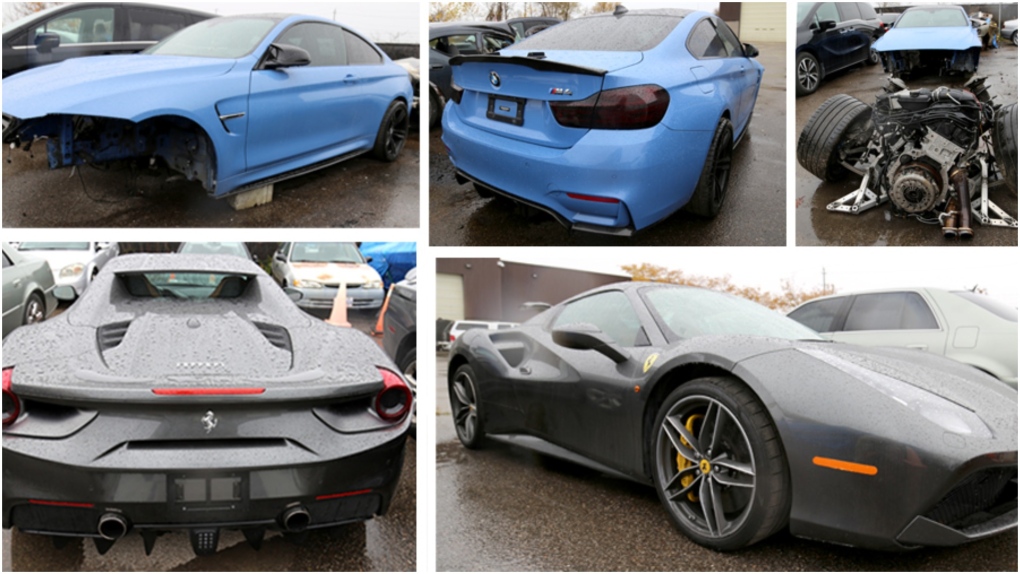 The seizure comes after investigators said they received information from a citizen who was involved in a collision and said their vehicle had been towed illegally to the yard near Eglinton Avenue East and Warden Avenue. The complainant said the tow truck operator refused to release the vehicle.

When officers arrived at Kabi Auto Inc. on Manville Road, they said the business owners refused to release the vehicle to police.

One of the owners was arrested and a search warrant was executed on the property, according to police.

Police said that during the search they located two stolen vehicles including a 2015 BMW M4 and 2017 Ferrari 4GS, which hold a combined value of $400,000.

The vehicles were seized and two suspects were charged, police said.

Both suspects were released on a promise to appear order.

The vehicles were returned to the rightful owners, police said.

In light of the investigation, police are asking drivers to be vigilant should they find themselves in a collision and to follow these tips:

Anyone with information related to this incident is being asked to call police or to reach out to Crime Stopper anonymously.