Ontario premier issues warning to commercial landlords, but has not yet banned evictions 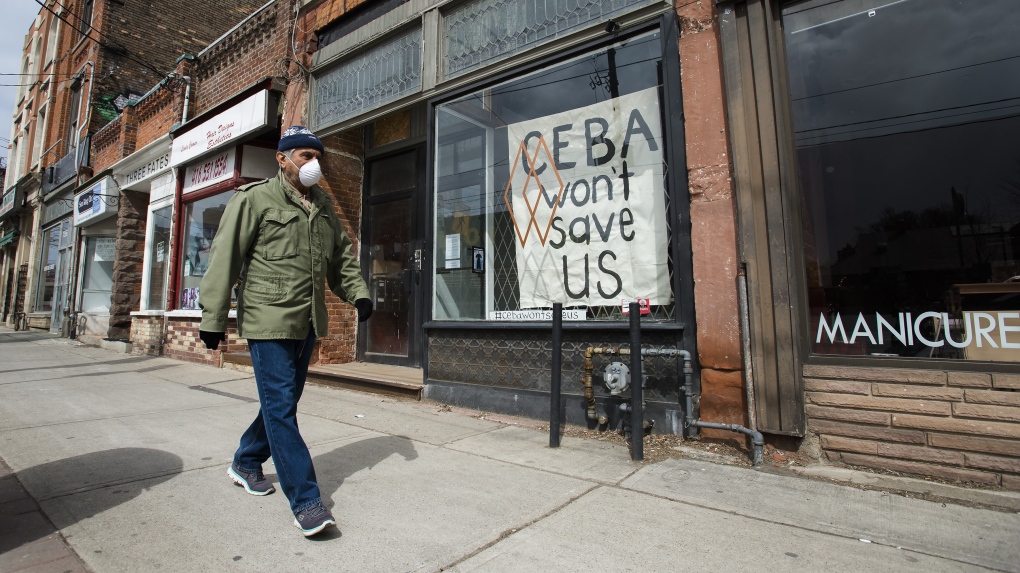 TORONTO -- Premier Doug Ford had more strong words on Wednesday for commercial landlords who refuse to work with struggling small businesses but the premier has yet to commit to suspending commercial evictions in Ontario amid the COVID-19 pandemic.

In recent weeks, Ford has repeatedly called on "greedy landlords" to take part in the federal government's rent relief program, which offers eligible commercial property owners 75 per cent of what they would normally collect for rent from their tenants.

A recent report by the Globe and Mail indicates that since the program opened last week, only 16,000 landlords of the country's 1.2 million small businesses have agreed to take part in the program.

A recent poll conducted by the Canadian Federal of Independent Businesses suggests that as many as 40 per cent of Canadian small businesses meet the eligibility criteria for the Canada Emergency Commercial Rent Assistance (CECRA) program.

"They opened it up last Tuesday so it's been a week right now. I've asked, I've begged the landlords to work with the tenants. These are struggling businesses. These are small family-run businesses in a lot of cases and they are hurting right now," Ford said during his daily COVID-19 update at Queen's Park on Wednesday.

"They are just refusing to do it. Well what they are doing is they are testing me and that is going to be the wrong thing to do."

Ford said his government will "give it a few more days" before taking action.

"They (landlords) want to keep pushing us. Well stay tuned. You'll get what you asked for. I promise you that."

On Monday, the B.C. government announced that all businesses eligible for the federal government's rent support program whose landlords choose not to apply cannot be evicted for unpaid rent through to June 30.

"The federal launch of the Canada Emergency Commercial Rent Assistance (CECRA) program has been a welcome step in B.C., but we heard from small businesses that they need us to help fill a gap that has left some of them unable to get the support they need,” B.C. Minister of Finance Carole James said in a written statement.

“We’re listening to small businesses and have their backs. Preventing landlords who are eligible for CECRA from evicting tenants can encourage landlords to apply for the program and give some temporary relief to businesses who have been hardest hit by the pandemic.”

Ford earlier said he was reluctant to ban commercial evictions, saying that doing so would draw the province into costly legal action with landlords.