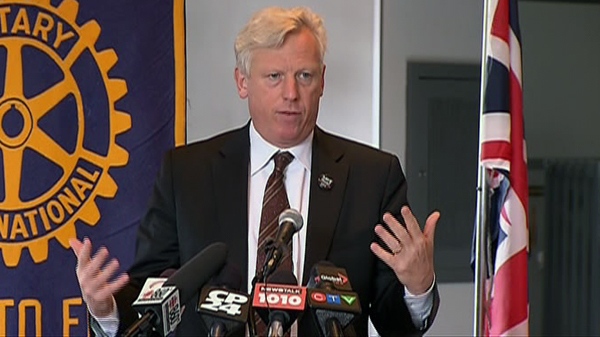 Mayor David Miller explains some of his policies during a Thursday, Oct. 28, 2010 speech.

Mayor David Miller will assume a role with the World Bank after leaving office at the end of the month, according to reports.

Miller told the Globe and Mail that he would be working as an adviser on city issues and the environment for the anti-poverty organization, while holding a series of exit interviews on Monday.

Miller leaves office on Nov. 30 after seven years as the mayor of Canada’s largest municipality.

He told the Globe that his role with the World Bank is unsalaried, although it does come with some compensation.