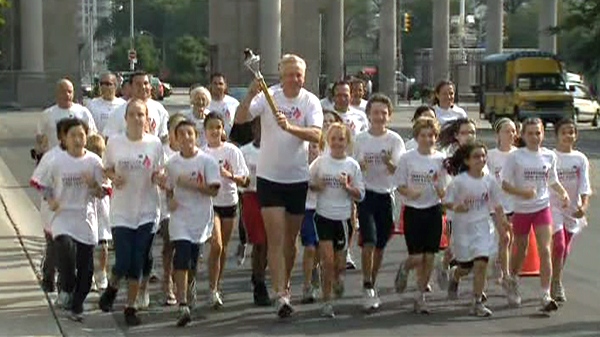 Driving through the city's core will be a challenge Sunday as thousands of runners take to the streets for the annual Scotiabank Toronto Waterfront Marathon.

The run begins at 7:30 a.m. and winds its way through many major streets in the city centre and elsewhere. About 20,000 runners are expected to take part in the event, which also includes a five-kilometre run and a half-marathon.

Many closures will begin during the overnight period on Saturday and early Sunday.

Most roads should reopen by about noon.

Road closures include large swaths of: