TORONTO -- A Hamilton, Ont. man is furious after he received a health card renewal form from the province for his dead mother.

Arthur Gallant’s mom, Marilyn, died in April while they were on a trip to Pittsburgh to visit their eighth major league ball park together.

Marilyn, 68, died as a result of congestive heart failure.

When Gallant came back from the heartbreaking trip, he took his mother's Pennsylvania death certificate and other relevant documentation to Service Canada and Service Ontario to register her death. 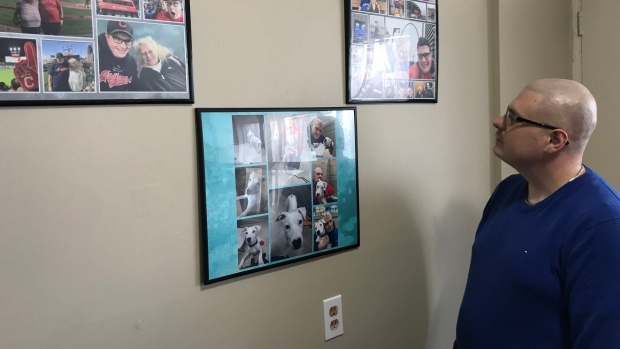 "I had to wait an hour and a half, gave her death certificate, handed in her accessibility parking placard, and her health card," Gallant said.

"I saw them type a few things into the computer. I asked if I needed a receipt. They said no."

He said he was so focused on making all of the arrangements that he didn’t really give himself time to deal with the grief of losing his only parent.

"I was more concerned about getting her declared deceased with the government than I was to take time to process what had happened."

But it turns out Service Ontario didn't update its system. When Gallant checked his mail recently he was shocked. 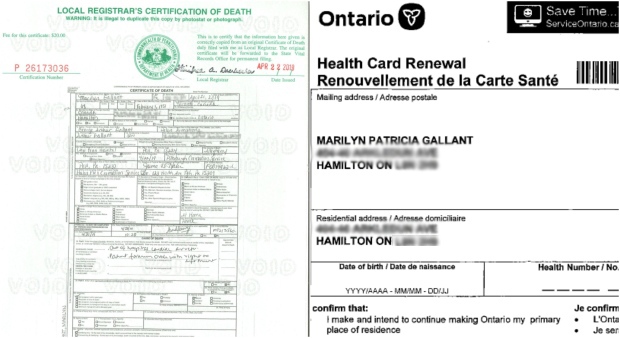 "It was a letter from Service Ontario saying that it was time for my mom’s health card to be renewed."

He says he shouted angrily and almost keeled over.

"It was like a punch to the gut. I can’t describe it any other way."

But his anger turned into a quest for answers. On Wednesday morning, he visited his local Service Ontario office on the fourth floor of the Ellen Fairclough Building in downtown Hamilton.

After he walked up to the counter to ask why his mother received a health card renewal form, he was further shocked to find out her death was never registered by the province.

"I could not get over the fact that I waited 90 minutes in line at Service Ontario, gave them the death certificates, handed in her health card and her parking placard only to find out seven months later that she’s recorded in their system as still being alive."

He wishes she was still alive and was confused as to why the renewal form was sent, since a few months ago he received a letter to his mother’s estate from Ontario Trillium Fund, explaining that she was no longer entitled to benefits because she was deceased. 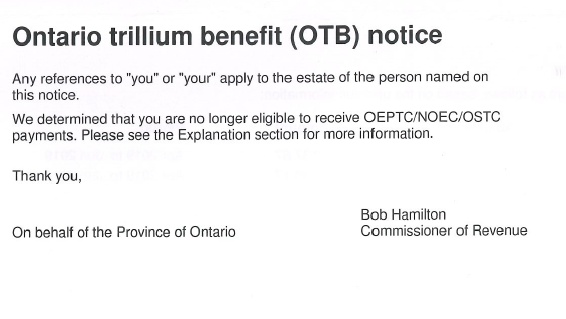 Clearly marked on the letter are the words: "On behalf of the Province of Ontario."

When Gallant asked why at Service Ontario, he was told that the federal government administers the fund, and that it was working on behalf of the province.

That also leads Gallant to wonder why Ottawa wouldn’t have told, or checked with the province, about his mother's status.

CTV News Toronto took his concerns to Lisa Thompson, the Minister of Government and Consumer Services. Her initial reaction was to apologize and offer condolences.

"This should never happen, and I’m quite frankly not happy about it," she said. 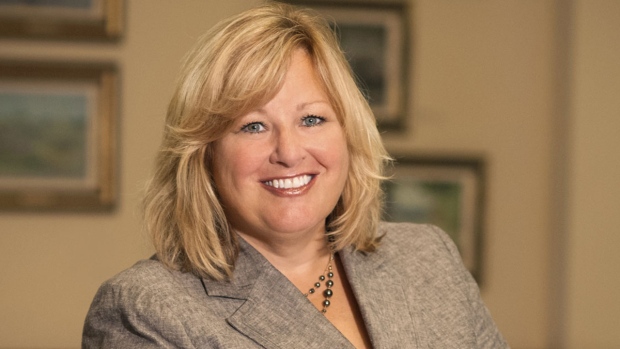 "I'm going to investigate exactly what happened. Because this is a time when a family should be grieving and remembering their loved ones, not being reminded of a situation that can be troubling."

Gallant said he will call the minister’s office to discuss the case.