'He had no fighting chance': Daughter furious after father dies of COVID-19 in long-term care home

TORONTO -- A woman whose father died of the novel coronavirus in a Pickering, Ont. long-term care home says families have been left in the dark about the 31 deaths, staffing shortages and more than 100 cases of the disease.

Southbridge Care Homes revealed to CTV News Toronto on Tuesday that its 233-bed Orchard Villa retirement and long-term care is experiencing a mass COVID-19 outbreak and has reached out to local hospitals and the provincial government for help with staffing shortages.

Durham Region reported Wednesday that it has now issued an emergency order moving hospital resources to the long-term care home.

But families with loved ones in the home say they have received very few updates about the whole ordeal, and have been relying on media reports to understand the scope of the issue.

Toronto area resident Cathy Parkes said she lost her father, Paul Parkes, to the disease last week, despite the home telling her that he was doing okay.

"If it wasn’t for the personal support workers and the nurses on staff, I would have no true information about my father. Not only were they the ones putting their lives on the line, but they were the only ones telling me how he really was doing … when I was talking to administration it was always holding back information,” she told CTV News on Wednesday.

“I was putting my trust in people who are taking care of my dad … I couldn’t get in and I couldn’t see him so I had to take their word for it and I regret it.” 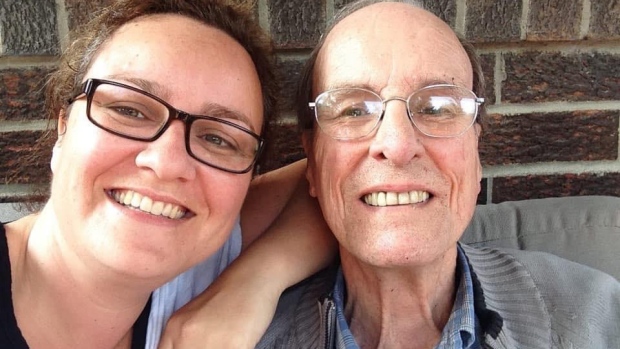 She said the administration kept telling her that he was fine and was eating well, and that his temperature was stable for the most part, but, over the phone, her father was not even able to communicate with her anymore.

"I had to demand that he be swabbed," she said. "I said ‘What you are telling me is not matching with the dad.’”

Afraid and anxious, she managed to find a frontline staff member and arrange a window meeting with her father the day before he passed away.

She said she asked staff to put him on oxygen to help with his breathing but they said he didn’t qualify. “He had no fighting chance,” she said.

On April 15, she said she got the call that her father passed away. They asked her when she would be ready to remove his body and pick up his things. 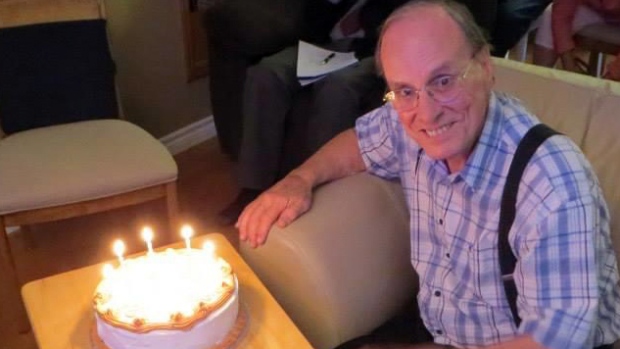 Parkes said she is speaking out now out of concern for the other residents and staff. She said she’s heard from workers about the staff shortage and lack of personal protective equipment.

“The people dad ate meals with, I saw that one of them is gone, my mom had a friend in there … she also passed away,” Parkes said.

“I go on the funeral website and I see all these faces that I know and it's heartbreaking because I know that it's just not me. My dad never would have wanted to see something like this left. He always encouraged us to use our voices to speak up if we see things wrong.”

“It would be easy to lock myself in a bubble of mourning but I can't because dad wouldn’t want that. I felt it was necessary to say something for the people that are still in there ... they need to know what's going on.” 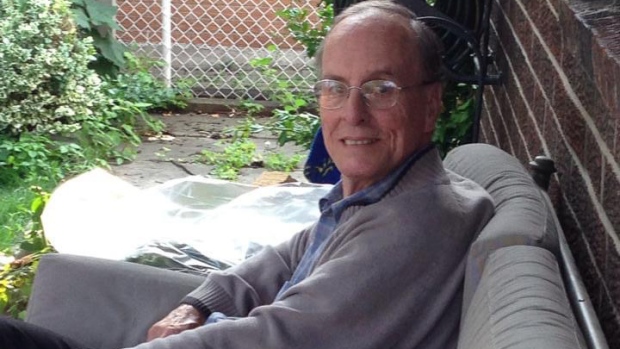 Other families speak out

Toronto resident Sandy Brown said she has been very worried about the support available for her 91-year-old mother, who lives at the long-term care home and who has tested positive for the disease.

“I’m really really sad because we don't have enough staff here to look after the people. The staffs are overworked and I don't even know how they cope day-to-day,” she told CTV News Toronto on Wednesday.

“It’s terrible. I can see my mom [though a window] and she needs to have a drink [but] I can’t reach the cup and it’s three feet away. I can’t find her glasses … that have been gone for ten days.”

“It feels really really awful, I can’t give her a hug.”

She said she’s been calling officials across the province to tell them about the staffing shortage.

“This is not an ordinary day and they don't even have minimum [levels of] staffing,” she said. “We have people that are passing away, people that are very ill from COVID-19, staff that are afraid for their lives.”

CTV News Toronto has reached out to the long-term care home about the comments from families, but the agency said it was unable to comment.

Toronto area resident Shawn Fidler, whose mother lives at Orchard Villa, said he did not hear about the 31 deaths or the total number of cases at the home until his sister’s friend heard it on the news.

“The concern is around the lack of communication as to what is actually going on in that building,” Fidler told CTV News Toronto Wednesday morning.

“There are more than 100 cases. That’s a lot for their staff to deal with, and the big fear for us is that we don’t know what kind of help or support she’s getting.”

He said this past weekend he was told that there had been only two deaths, and is therefore confused about the timeline for when the 31 deaths occurred.

“We need some answers on what is going on,” he said.

A woman named Shirley, who did not want to have her last name published, told CTV News Toronto that her 89-year-old father, who has Alzheimer’s disease, lives in the retirement side of Orchard Villa.

She said that he had tested positive with the virus last week and she found out last night that he had not received dinner that day until past 7:40 p.m.

“This is a COVID-positive person who is supposed to be getting their nutrition and something to drink … apparently he was forgotten,” she said.

“It just kills me inside. It’s not just him. You come by here and you see the people leaving in the little vans and we were never told the numbers, we were never given that letter that there have been 31 deaths.”

“They are not telling us the information and that's what really bothers me. You can't blame the workers who can’t get to the cleaning. They are so short staffed, they test positive, they are the real heroes, they are still going in there.”

In the new order, Durham Region’s Medical Officer of Health Dr. Robert Kyle requested that Lakeridge Health, a Durham Region hospital, needs to support and lead the long-term care home in monitoring, investigating and responding to the outbreak, as well as providing care for residents.

“We recognize that this is a very tragic, difficult and stressful time for residents and their families, as well as staff at Orchard Villa, and we know that staff are truly concerned for the safety and well-being of everyone at this home,” Dr. Kyle said in a news release Wednesday.

“The health department and Lakeridge Health will work very closely with Orchard Villa to provide the necessary supports to help decrease or eliminate the risks to health associated with the current COVID-19 outbreak.”

Parkes, who lost her father to COVID-19 at the home, said the order makes her hopeful.

The region ordered the long-term care home with the help of hospital resources to carry out active screening of residents, staff and visitors and to conduct active and ongoing surveillance of all residents.

It also asked for the ongoing oversight of the delivery of clinical care and demanded screening for new admissions, as well as the management of essential visitors.

It also ordered specimen collection and testing for outbreak management and the “the adoption and implementation of infection, prevention and control.”

The region said that infection, prevention and control and clinical teams from Lakeridge Health will work with Orchard Villa to assess the situation at the home.

“Lakeridge Health’s expert infection prevention and control, and clinical teams, who have significant experience in treating COVID patients, will be heading to Orchard Villa immediately,” Susan deRyk, the interim president and CEO of Lakeridge Health, said.

“Today, we will be investigating the current state of the outbreak and developing an operational plan to provide care and treatment to support the best outcomes for residents.”

The long-term care home has said that all of its residents at the home have now been tested and more results are expected over the next five days from Durham Public Health.

“These unprecedented times have created unprecedented challenges. We approached Lakeridge Health for assistance, and we are grateful they have answered our call,” Ryan Bell, CEO of Southbridge Care Homes, said in a news release.

“Our focus is to deliver the best possible care and keep our residents safe. We welcome the help of our health care partners.”