TORONTO -- New surveillance footage obtained by CP24 appears to show an unknown individual sneaking into the open garage of a Georgetown home where two people were later found dead following a fire.

Emergency crews arrived at the home on Hidden Lake Trail, near 8 Line and 10 Side Road, at around 5:30 a.m. on Wednesday.

Two people were found deceased inside the home.

On Friday, police said that as a result of an ongoing post-mortem examination, the deaths have now been deemed suspicious.

Someone then exits the vehicle and appears to head inside the home, at which point the garage door closes. At the time the door closes, the individual that followed the vehicle into the garage was standing beside the passenger door.

It remains unclear at this point whether the person or persons inside the vehicle saw the individual prior to the garage door closing.

“Homicide detectives have assumed the investigation into the circumstances surrounding this tragedy,” investigators said in a news release Friday.

Police have not identified the victims, saying only that one was male and another was female, and they are believed to be the occupants of the residence.

Neighbours told CTV News Toronto that a couple, identified as Krystyna and Andrew Rerak, lived inside the home. 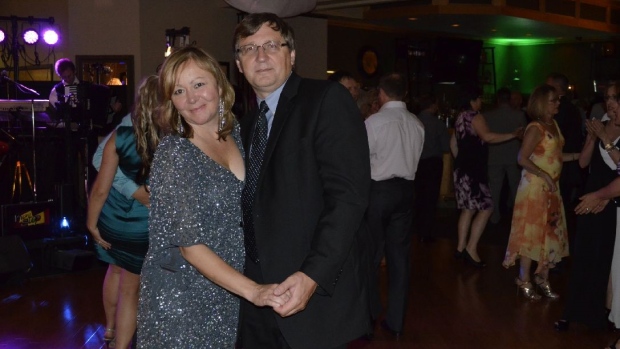 Police are appealing to anyone who may have information or dashboard camera or home surveillance footage of the area between the hours of 6 a.m. on Tuesday and 6 a.m. on Wednesday to contact investigators at 905-825-4776.