Police said they are investigating after video emerged online appearing to show a male toss a traffic sign onto live traffic along a highway in Oakville, Ont.

The video appears to show a person throw an orange sign from the Winston Churchill Boulevard overpass onto the Queen Elizabeth Way.

“The sign was thrown down onto the live, eastbound lanes of the highway,” investigators with Halton Regional Police Service said on Friday. 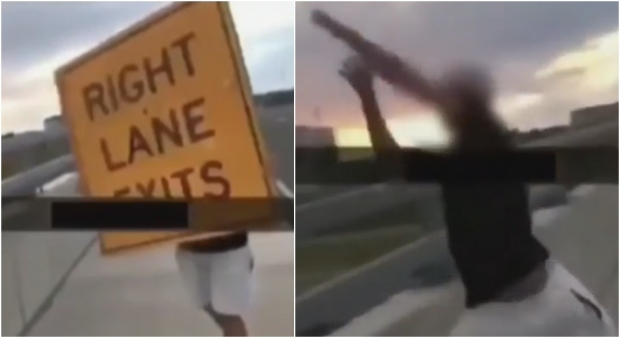 Police are investigating video that appears to show a male toss a sign onto the QEW. (Reddit / thatoneboii)

Police say they do not know when the incident occurred.

“The behaviour depicted in this video is extremely dangerous and criminal in nature.”

Images on Google Maps from Winston Churchill Boulevard near the QEW show a “right lane exit” sign, which appears similar to the one thrown in the video. 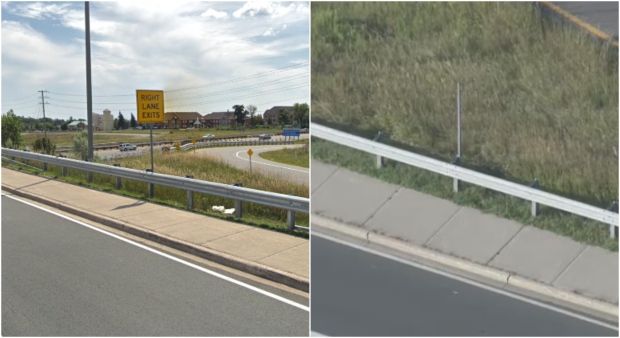 A sign similar in appearance to the one tossed is seen on the left in a Google Maps image. Video taken today shows the sign missing. (Google Maps / CTV News Toronto)

Video from the CTV Toronto News chopper captured on Friday morning showed that the sign was missing.

Police say they are “committed to identifying the person responsible.”

Anyone with further information is asked to contact investigators or Crime Stoppers anonymously.

Police are investigating a video depicting a male throwing a traffic sign onto the QEW. Media release can be found here: https://t.co/tepCoeTNQ9 ^se