It's still months away from completion, but the light is shining at the end of the Toronto Transit Commission's subway extension tunnel.

Set to be completed by fall 2016, the Toronto-York Spadina subway extension will rocket commuters between York Region and the City of Toronto.

Crews have already completed approximately 65 per cent of the track work, and will lay down the subway rails next.

Above ground, curious Torontonians can get a glimpse of some of the work that is being done.

But five-storeys below the surface, an army of workers can be seen putting together the future subway extension.

"There's a lot of parts that have to go together," construction site manager Sam Spares told CTV Toronto on Friday. 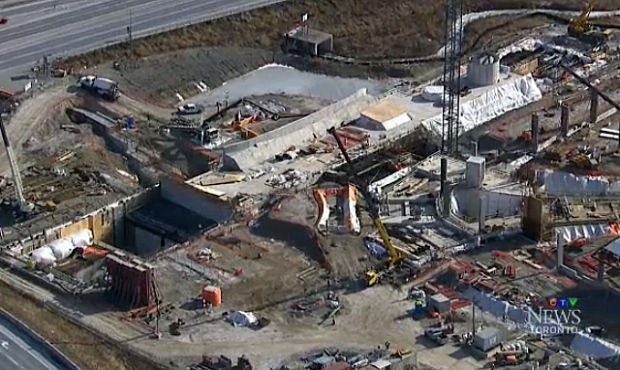 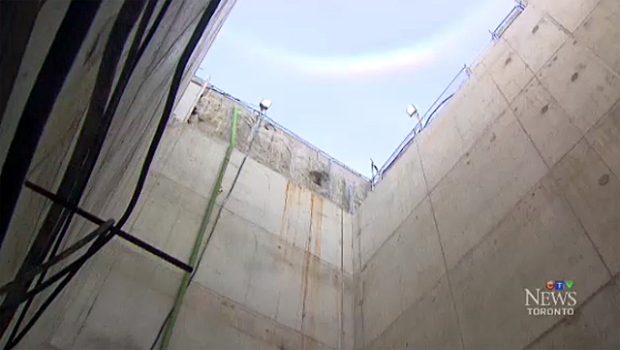 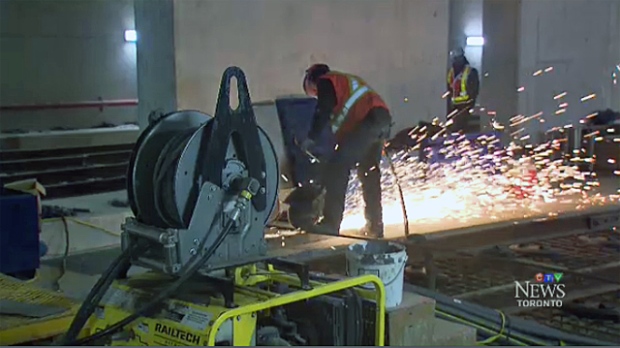 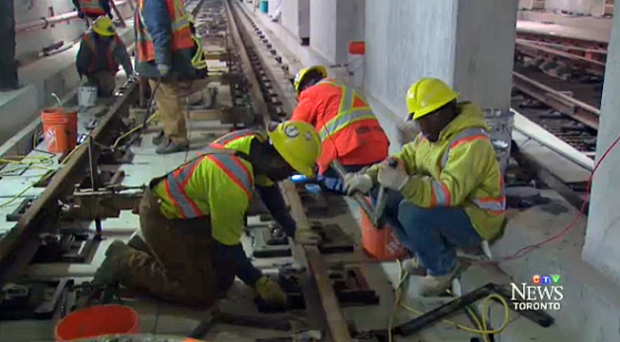 The subway extension will span 8.6 kilometres in length, and will cross the Toronto-York Region municipal boundary.

On Friday, Spares was at the northernmost part of the extension in Vaughan. 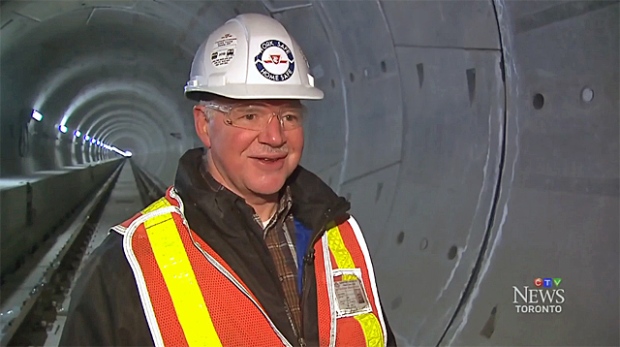 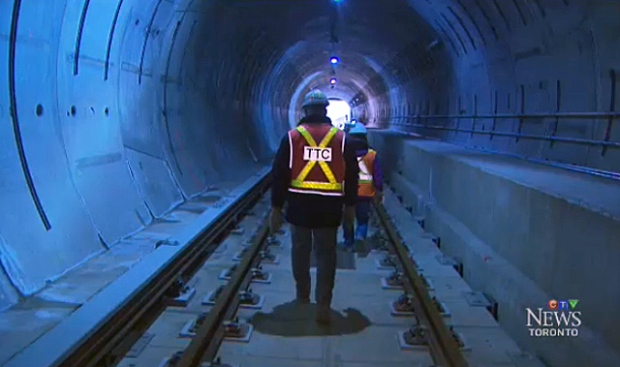 He explained how the tracks were being laid down and what they are made of.

"I’m standing on a double-concrete tie. They are pre-cast and brought in and placed," Spares said.

The 2,400-kilogram slabs are put in place using a machine and then secured by crew members. Approximately 100 of the 1.4-metre wide ties are laid down a day. Upon completion, approximately 11,000 slabs will run along the subway extension. 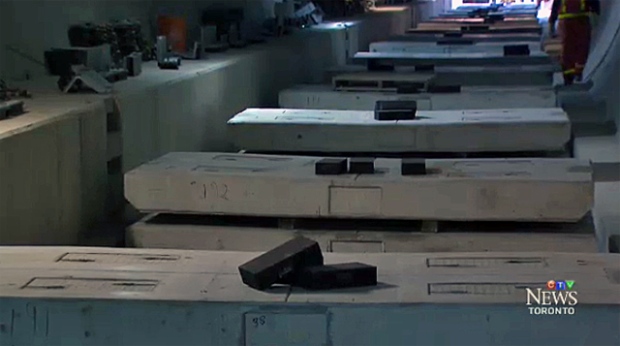 Workers will also install subway rails. Each rail measures less than 12 metres long and weighs approximately 52 kilograms for every 91 centimetres. 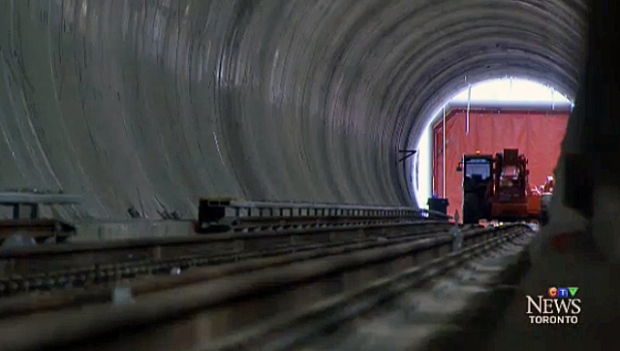 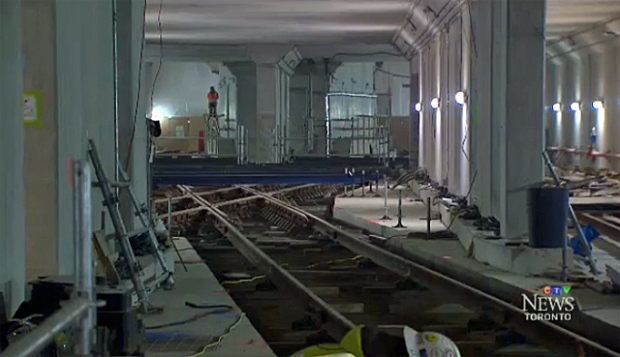 "The rail installation is the time consuming part," Spares said.

With a report from CTV Toronto's Natalie Johnson