Mark Saunders will now serve another year as Chief of the Toronto Police Service.

“It is a privilege to lead the Toronto Police Service and I am humbled to be continuing,” Saunders said following the announcement being made on Tuesday morning. 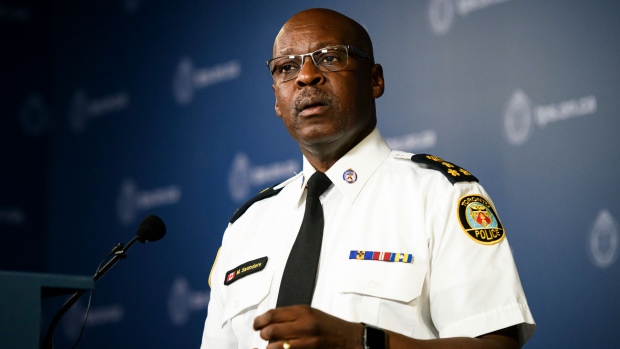 Saunders, who has held the top title at the service since April 2015, will now continue on in his role until April 30, 2021.

2/2 Thank you to the members of the Toronto Police Service for their commitment to keeping our city safe and to building strong communities. I am proud of the work they do every day. #Toronto

The contract extension is the second time in the past 40 years that the service’s Chief will serve more than a single term.

“Chief Saunders has been an exceptional leader through his term to date, and his renewed appointment signals the board’s commitment to the full implementation of the modernization plan, which, upon completion, will cement the Toronto Police Service’s reputation as a world-class leader in progressive community policing and innovative law enforcement,” the board’s chair, Andy Pringle, said in a news release issued on Tuesday.

At the beginning of this year, following a record homicide rate and two mass casualty incidents in Toronto in 2018, the Toronto Police Service was granted its request to receive an increase to its $1 billion budget for the first time in three years, due in part to a need to hire additional officers. 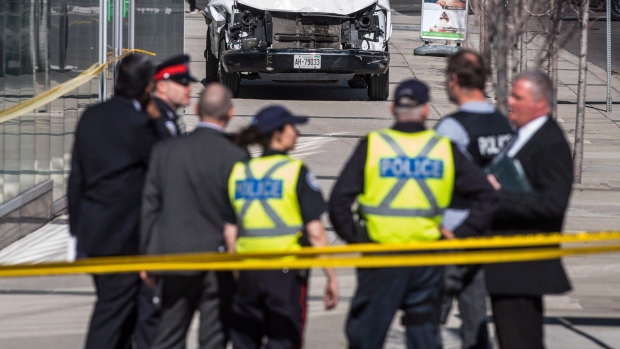 Police are seen near a damaged van in Toronto after a van mounted a sidewalk crashing into a number of pedestrians on April 23, 2018. (The Canadian Press / Aaron Vincent Elkaim)

The service said the additional funding would help hire 300 new uniformed officers, 122 special constables and 186 part-time retirees at a time when the service was attempting to hand-off certain functions to other authorities in an effort to keep costs lower.

Currently, Saunders is helping the service combat a rise in gun violence in the city and the president of the Toronto Police Association, Mike McCormack said he is interested to see how the Chief will hand over the reins to his replacement when the day comes.

“We have morale at an all-time low, we have a staffing crisis, so the Chief has his work cut out for him,” McCormack said.

“We’re going to be really interested in what the Chief’s plan is going to be over the next year to make that transition to a new Chief to deal with these issues that, as I said, are the worst that I’ve seen in my 30-year career as a Toronto police officer.”

In response to the announcement, Toronto Mayor John Tory said Saunders has helped the city “move forward with the modernization of the Toronto Police Service.” 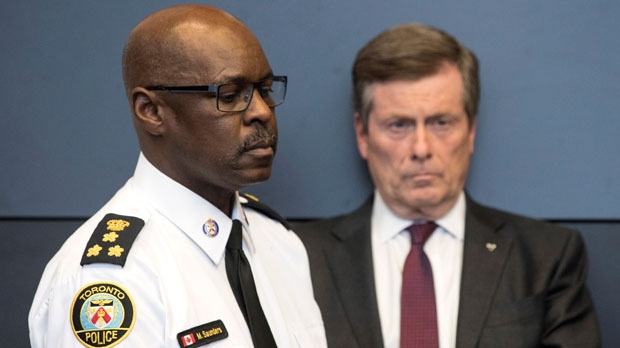 “Extending his contract will ensure he can complete more of the important work of that modernization,” Tory said. “I’m confident that he will continue to provide that leadership over his extended term – ensuring stability within the police service – and leave the service in a much stronger position to provide modern, effective and trusted policing in our growing city.”

Saunders has been with the service for 36 years and has worked in several units, including homicide, professional standards and emergency task force.