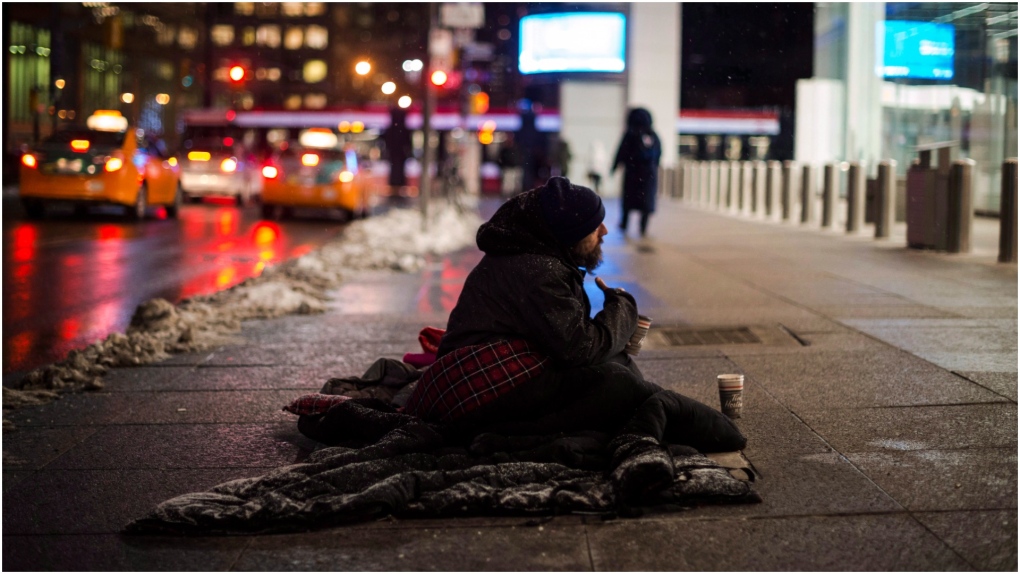 A person experiencing homelessness is seen in downtown Toronto, on Wednesday, January 3, 2018. THE CANADIAN PRESS/Christopher Katsarov

TORONTO -- The City of Toronto has announced it will open a second COVID-19 site for people experiencing homelessness later this week, as well as enhancing personal protective equipment (PPE) measures in the city’s shelter system.

The site, developed in partnership with the University Health Network (UHN), Inner City Health Associates (ICHA) and community health partners, offers a place of respite for up to 250 homeless individuals who are COVID-19 positive.

The city makes it clear that the two sites, the first of which was opened last month and can house up to 200 people, are not hospitals because the individuals do not require acute care.

“It also isn't a shelter because there are additional infection control measures in place similar to health-care settings, as well as other wraparound health supports,” the city said in a news release issued Wednesday.

“It is critical to our response that people who are homeless and who are ill with COVID-19 have a safe space to recover outside of the shelter system to prevent the spread of infection.”

The program is being funded by the province and offers a setting for Toronto’s most vulnerable to recover in a “dignified way,” the city says while also alleviating the pressures on local hospitals.

The service offers individual hotel rooms to those affected where they will be provided with medical care, nursing, mental health support, as well as overdose prevention services. Individuals will be referred directly to the program by an ICHA physician.

Once the individual has recovered, the city says that person will be presented with a number of options for future temporary housing, including referral to one of Toronto’s other hotel-based shelters.

The news comes as the city announces that it has obtained more PPE for shelter workers.

“While current public health guidelines don’t require the universal use of PPE, such as masks, in shelter locations where there is not an active outbreak, directly providing PPE supplies to all shelter locations will ensure there is enhanced and consistent approach to protect both staff and vulnerable clients across the shelter system.”

The additional supplies will be distributed to all city operated and community partner sites starting this week.