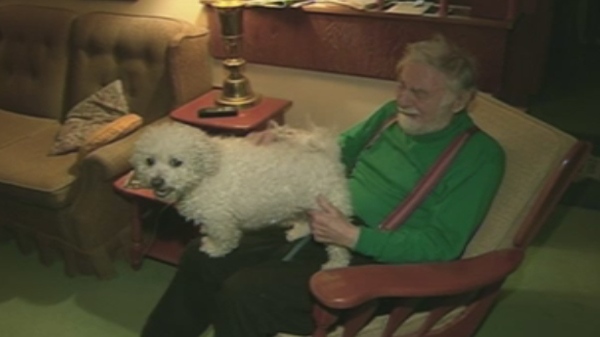 TORONTO - A senior citizen whose dog was stolen has his pet back.

They say the Bichon Shih-Tzu mix ran toward a group of people at the intersection.

A man picked up the dog and after a brief conversation with its owner, the man left the scene with Goldie and boarded a transit bus.

Police say with help from the public, Goldie was found in good health and was returned to his owner Saturday.

A 36-year-old Toronto man was charged with theft under and possession of property obtained by crime.