TORONTO -- A southern Ontario man who once stood trial in Turkey for having alleged links to the Islamic State group is now facing similar charges in Canada, the RCMP said Friday.

Ikar Mao of Guelph, Ont., was formally charged Friday morning with one count each of participating in the activities of a terrorist group and leaving Canada to take part in terrorist group activity, Const. Louise Savard said.

The 22-year-old was arrested Friday morning at the RCMP detachment located about 10 minutes away from Pearson International Airport west of Toronto, she said, and appeared in a Brampton, Ont. court to face the charges later in the day.

Savard did not answer questions about the circumstances of Mao's arrest and offered few details about the allegations against him.

She also declined to offer information about Mao's previous detention in Turkey, including when he was taken into custody or stood trial.

"He was held in custody until the matter was heard before the Turkish courts," Savard said in a statement. "No conviction was registered."

She declined to say whether Mao was acquitted or whether authorities dropped the charges against him. 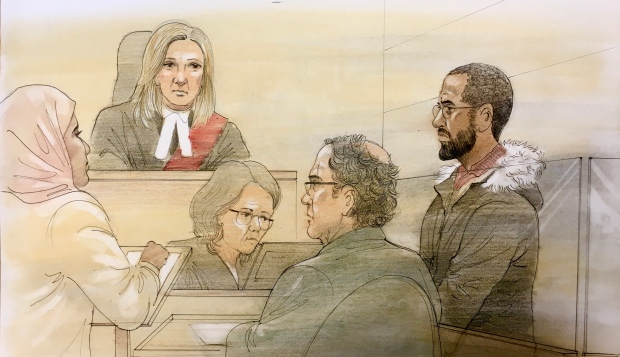 Savard said Mao returned to Canada on Oct. 19, but she did not offer details about his activities since then.

She said the force's investigation into the case remains active, but declined to say whether more arrests or charges are anticipated.

She did confirm Mao was accused of being part of the terrorist organization commonly known as ISIL or ISIS.

When asked about the charges against Mao on Friday, federal Public Safety Minister Bill Blair also declined to weigh in.

"I am aware that the matter is being investigated thoroughly and independently by the RCMP," he said, adding he would not comment on a case that is currently before the court.

This report by The Canadian Press was first published Dec. 6, 2019.