Man, 81, struck and killed by streetcar 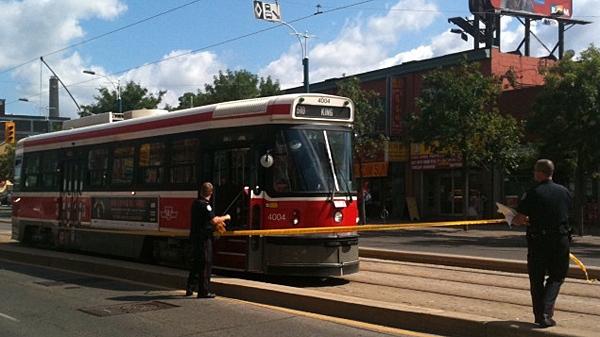 An elderly man died on Tuesday morning after he was hit by a streetcar on Spadina Avenue, just north of Queen Street.

Toronto police say the 81-year-old victim had been standing on a streetcar platform on Spadina just before 11 a.m. when he stepped out onto the track area.

“The man stepped on to the roadway without checking northbound traffic and continued crossing mid-block, across the path of an approaching northbound TTC streetcar,” Toronto Police Traffic Services said in a statement.

The TTC driver, who is 35 years old, sounded the warning bell while trying to stop the streetcar, but it was no use.

The streetcar hit the man and knocked him to the ground. Police said the collision resulted in serious head injuries. The man was rushed to hospital, but he was later pronounced dead.