TORONTO -- An innocent 12-year-old boy out shopping with his mother is now fighting for his life after being struck by a bullet in the city’s Jane and Finch neighbourhood on Saturday afternoon.

Just before 2:30 p.m., emergency crews were called to the area of Jane Street and Stong Court for several reports of multiple gunshots heard.

“It’s just a brazen shooting,” he said. “It’s just a callous disregard. The boy was with his mother, he had just been shopping in the area.” 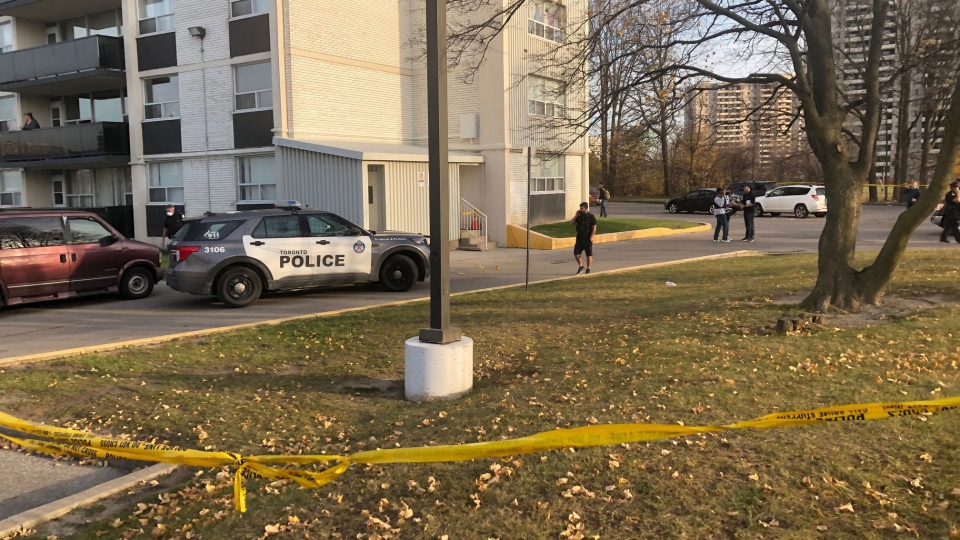 When officers arrived at the scene they located the 12-year-old boy on the west side of Jane Street and immediately began conducting life-saving measures. The boy was then transported to a trauma centre in downtown Toronto by responding paramedics where he remains in critical condition.

According to Ramer, the boy was struck by gunfire as two occupants of one vehicle got out and began chasing another vehicle in a nearby parking lot, opening fire.

“We had five people in one vehicle that was being shot at and the two males, they got back in their vehicle and fled northbound on Jane Street,” he said.

The vehicle that was being shot at fled to Driftwood Avenue, according to Ramer. There, three male victims collapsed and were later found by emergency officials. 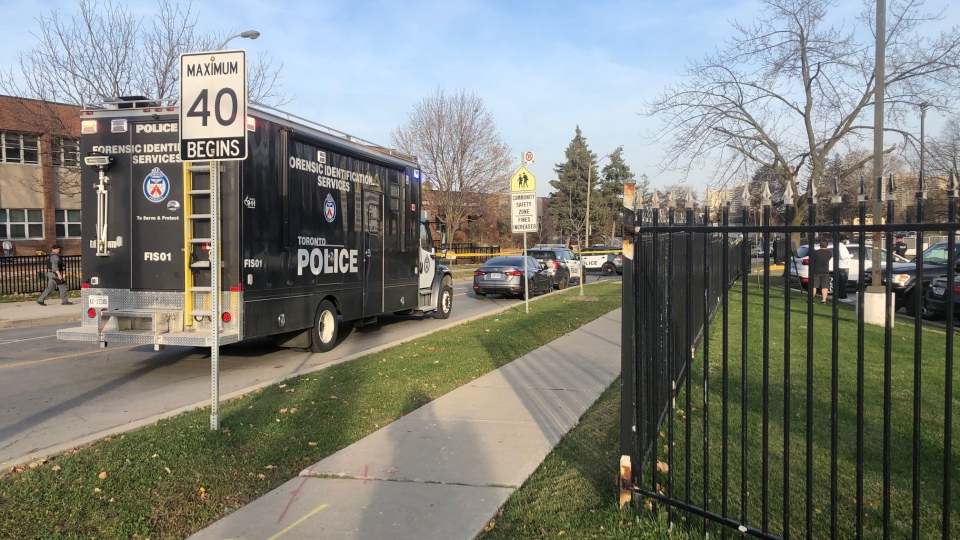 Toronto paramedics confirm the three victims found on Driftwood Avenue are all teenagers. One is in a trauma centre in life-threatening condition and the other two are in local hospitals with non-life-threatening injuries.

Ramer said this shooting has “all the hallmarks” to being gang-related.

“That’s what we’re prepared to address,” he said.

Shortly after gunfire rang out, investigators said two vehicles fled the area “at a high rate of speed.”

“We’re going to need anybody that’s been out, lots of people were out on the street, lots of residents out here, anyone who saw anything please contact 31 Division or Crime Stoppers,” Ramer said.

“If you’ve got cameras, anything like that where you might have information, please have a look if you were around here at the time. We could use any help we can get from anyone.”

The interim police chief said there would be additional resources in the area on Saturday night, adding that assets are also being moved into “other areas we think might be a bit of a conflict.”

Mayor John Tory called the shooting a tragedy and said he is continuing to work with the police on combatting gang activity.

"We’re working hard, we’re supporting the police, we’re trying to get some laws changed. We’re making big investments in some of the communities where the gang activity is prevalent but it’s frustrating because there’s no easy answer. If there was an easy answer I would have implemented it by now," Tory told CP24 Sunday morning.

He added that gang activity is a "deeply disturbing trend" in Toronto and across North America.

This gun violence threatens all our residents and I condemn it in the strongest possible terms, as should we all. I have spoken to @TorontoPolice Chief @jamesramertps and he assures me that officers are working to solve this case quickly and protect the community.

In a statement, Federal Public Safety Minister Bill Blair said he is very concerned about the shooting.

“This senseless violence has become all too common and must stop,” Blair said.

“We will continue to work with our partners to end gun violence and to make communities safe. We must support law enforcement, invest in resilient and safer communities and strengthen gun control.”