'I can get around pretty quickly': Toronto food courier who uses wheelchair looks to challenge misconceptions

TORONTO -- Oda Al-Anizi has never let his wheelchair prevent him from living life to the fullest, so he’s certainly not going to let it stop him from delivering your dinner on time.

Until the end of the month, the 31-year old Toronto resident is donating 100 per cent of his food courier salary, along with tips, as part of a fundraiser for Spinal Cord Injury Ontario, where he works full-time as an information and resource specialist.

“I was in a car accident when I was 11,” Al-Anizi told CTV News Toronto. “I was hit by a drunk driver. Being in a wheelchair and having a disability is the only life I’ve known, for the most part. So I wanted to become an Uber Eats driver to show I can do it, and challenge people’s misconceptions.”

Over the past week, Al-Anizi has been averaging close to four deliveries per day in a four kilometre radius near his home in the densely populated Yonge-Sheppard corridor. 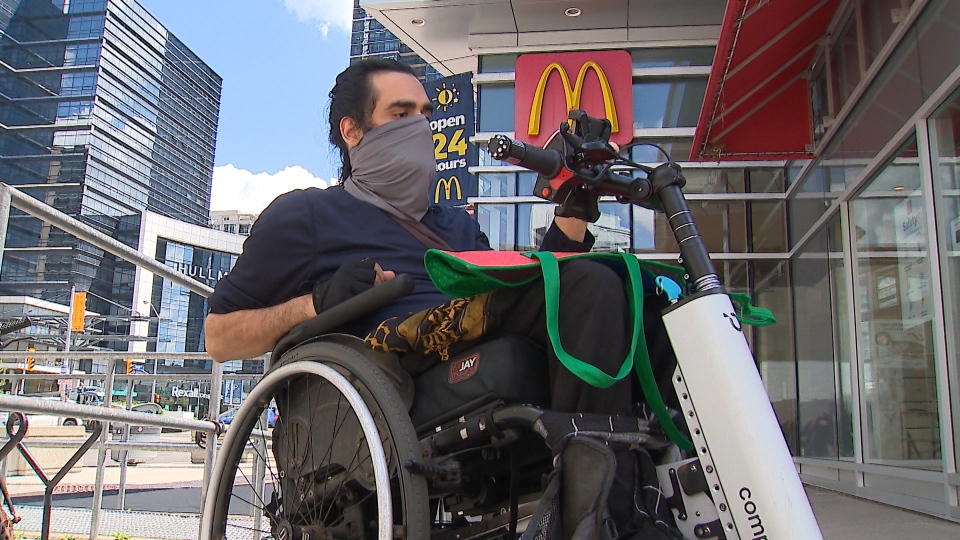 “I wanted to raise awareness of what it’s like. The customers have been great, everyone has been very supportive. In terms of barriers, it’s mostly in how the city is designed. Things are built without being mindful that people with disabilities might use them.”

Al-Anizi said restaurants with stairs, homes with gravel driveways and condo buildings with malfunctioning automatic door openers have been the biggest challenges.

“Mainly the barriers have been my environment. I can get around pretty quickly,” he said.

“I feel like it’s important for people like me to put themselves out there to raise awareness. I didn’t think I was going to be able to do this. I’m sure a lot of people think someone in a wheelchair couldn’t pull this off. But I’ve overcome the obstacles and I’m showing people it’s possible. Being able to do this is very rewarding.”

For more information on the Rolling Through Barriers Fundraiser, visit sciontario.org