“It’s something you could never prepare for, because we just take everything that we do, the way our bodies work, for granted,” he said.

McCaw lost the feeling and sensation in the right side of his body. While some feeling returned over time, the ability to use his right hand did not. As a right-handed person, he’d have to learn basic skills all over again, from driving to brushing his teeth.

For the long-time musician, playing guitar was out of the question.

“I was in seriously tough shape,” McCaw told CTV News. “And having been a musician all my life, like, what do you do without an arm in the equation?” 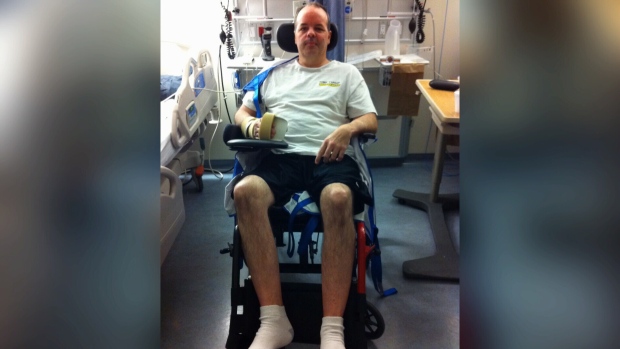 It was an outpatient nurse who first suggested that McCaw eventually find a new way to make music.

“She said to me, ‘have you ever investigated any kind of one-handed guitar technique?’ And for me, that was a pivotal moment.”

McCaw began to research and practice. Before long, he had created a unique technique that worked for him using only his left hand.

“The big difference is that playing with one hand demands that that one hand do both the selecting of the note that’s being played, but also triggering that note. And determining how loud or soft it will be,” he explained.

Since re-learning how to play guitar, McCaw has released an album called “On The Other Hand.” He was also featured in the “Awesome Music Project,” a collection of stories about the transformative power of music. It was through that experience that McCaw met Dr. Corene Thaut, a music therapist and member of the University of Toronto’s Faculty of music.

“As a therapist I am always thinking about how to rehabilitate people into their life the way it was maybe before their stroke,” Thaut said. “For [McCaw], he wanted to focus on ‘what can I still do well’.” 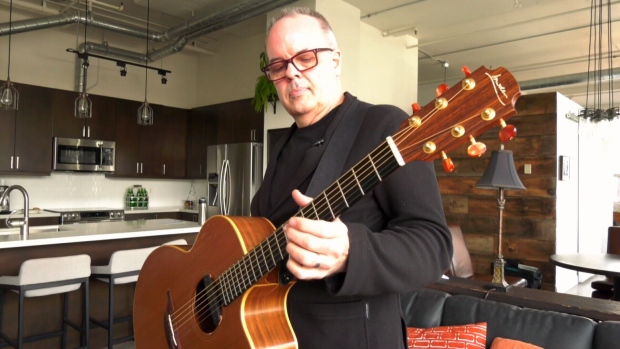 What McCaw does well extends beyond playing guitar. He uses his personal experience to teach others to think outside the box.

“We often give ourselves really good excuses for not pursuing something. And I had a really good excuse for not playing guitar,” he said. “But if we maybe reframe our goal a little bit. If I have to play with two hands, then that would have been a failed goal. If the goal is to make music again, then I’ve succeeded.”

McCaw said the fact that making music was possible again has made a huge difference in his life, and he plans to play guitar whenever and wherever possible.

“I play as many times as people will invite me to play,” he said with a laugh. “Because this is a pretty crappy thing to have happen to you, and for it to actually have some real value in other people’s lives – to me, makes all the difference.”