TORONTO -- Vigils continue to be held across the Greater Toronto Area for those who died after a plane was shot down by the Iranian military last week.

Dozens of people filled a banquet hall in the McLean Community Centre in Ajax Monday evening to honour a family of three that were among the 176 people killed when Ukraine International Airlines flight PS752 went down minutes after taking off from an airport in Tehran.

Evin Arsalani, 30, her husband Hiva Molani, 38, and their one-and-a-half-year-old daughter had gone to Iran to attend a wedding last month, their neighbour said.

“The last thing I did was give them a hug and kiss and said safe journey, not knowing they would never return,” Marie Williamson told CTV News Toronto. “It’s just heart wrenching.” 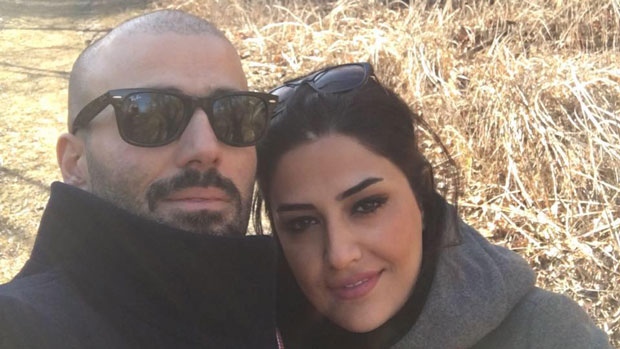 Speaking after the vigil, Evin Arsalani’s brother described the family as sweet and kind-hearted.

“The little girl, she was a bundle of joy. She was an angel,” Amir Arsalani said.

Amir told CTV News Toronto that the family was set to stay at his house for a few days. Nearly a week after the incident, he still can’t register the fact that they are gone.

“I’ve been waking up the last few nights and I just go room to room, but I can’t find them. They are not there.”

That same evening, two York Region school boards joined together to mourn seven students who were killed in the crash.

More than 50 people crowded outside the Dr. Bette Stephenson Centre for Learning in Richmond Hill. In the center of the crowd lay a large pile of flowers, candles and stuffed animals. 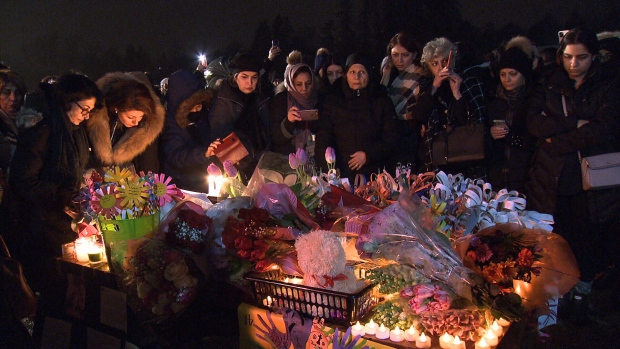 “We’ve never had such a tragic event as we have experienced, I don’t think Canada has,” Louise Sirisko, the director of York Region District School Board, said. “We knew we needed to have a place of healing, a place of care where we invited our public, our community, teachers and staff to come together.”

“Our community as a whole is reeling from the level of loss we are experiencing,” said Ab Falconi, the director of education at the York Catholic District School Board.

Zari Aslani was there holding a poster with pictures of her daughter’s classmates, who perished on the flight along with some of their family members.

“My daughter was not able to cry and she is so sad,” Aslani said. “We are all hoping for justice.”