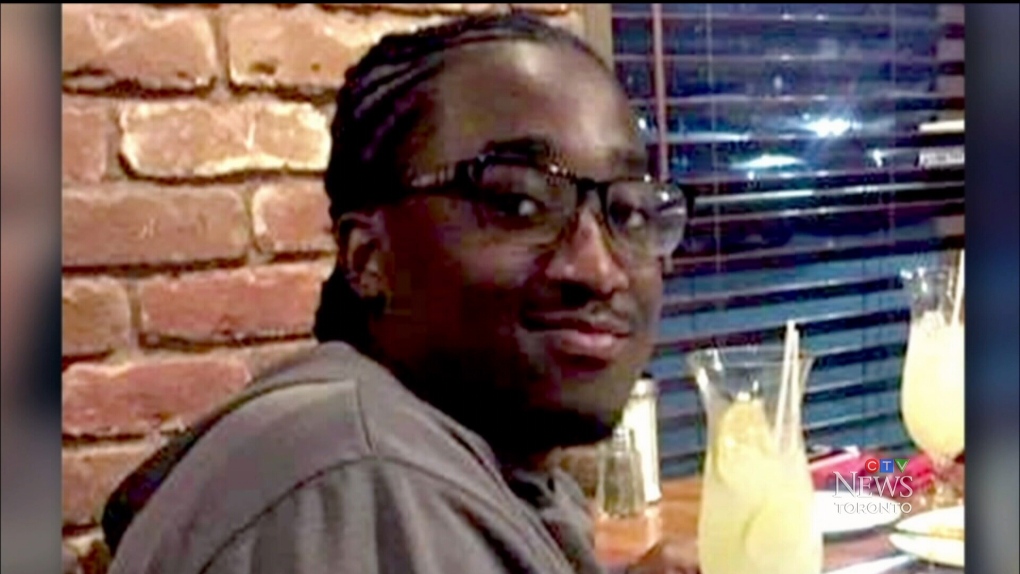 A community has come together for a candlelight vigil to remember a 17-year-old boy who was killed in a brazen shooting in Mississauga last weekend.

The vigil is being held at Malton Community Centre, which is across from the apartment complex where Jonathan Davis was fatally shot on Sept. 14.

Emergency crews were called on Darcel Avenue, in the area of Morning Star and Goreway Drives after a group of at least seven suspects armed with semi-automatic handguns opened fire on a number of individuals filming a rap video in the area.

Five other people were also wounded in the shooting, including a 13-year-old girl, a 16-year-old boy and two other 17-year-old boys.

Police have said that Davis and some of the other victims were innocent bystanders. Officers have located at least 100 shell casing in the area.

His family said Davis was walking towards his home to put on shoes to go to his father's place when gunfire erupted.

Interim Peel Regional Police Chief Chris McCord said Sunday that the perpetrators were motivated by a rap video filmed in the same parkette earlier this month that challenged "other people within the community."

"Jonathan was my right hand," his father Linton Davis said during the vigil.

Linton said his son, who he named after a character from the Bible, was an extraordinary kid.

Selma Alincy who is a family friend describes Davis as a smart, loveable, kind person.

"He wanted to be an electrician and his life was taken too soon," Alincy said.

Bluez, a local activist and co-organizer, said the vigil is a way to unite the community and begin the healing process.

"I think this is just the beginning of some sort of closure. It initiates some sort of process where we're able to talk," he said.

"We're not going to stop living our lives."

Bluez said there needs to be more funding for social programming that will keep kids away from dangerous activities.

Trayon Vaksh, who was Davis' mentor, said he was a fun, good kid who loved to help everyone.

"It really hit us hard," said Vaksh, who brought a painting of Davis to the vigil.

"For me, I had to do something. He loved painting. That's how we met."

Mississauga Mayor Bonnie Crombie said she wanted to attend a vigil as a mother and express her grief for what happened.

"I can't imagine the unbearable grief as a result of this tragedy.

"I wanted to come out and mourn with our community but also to celebrate this young life because he was a rising star in our community. And to tell you that we owe it to you to do more and to do better," said Crombie.

The Mississauga mayor said she and her fellow councillor have plans to add more youth programs in the community as well as building a police station in Malton. She said there was a community station in the area, but it was shut down due to budget restrictions.

With Trudeau's pledge to ban assault rifles if re-elected, Crombie said she is hoping to get rid of semi-automatic weapons and handguns will be banned.

"We can do more for this community."

The suspects remain at large.