Young woman killed in crash on QEW near St. Catharines 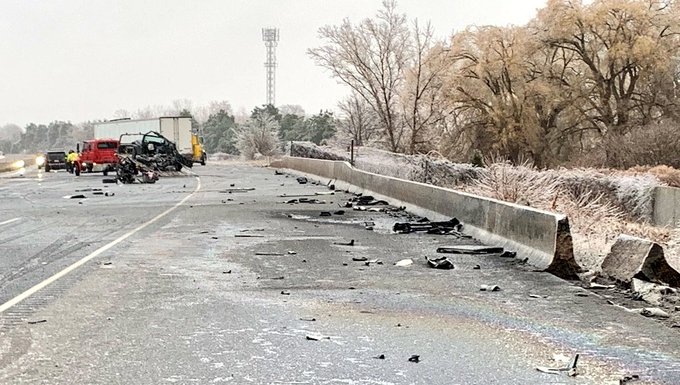 Police are investigating after a collision on the Queen Elizabeth Way near St. Catharines killed a 24-year-old woman. (Sgt Kerry Schmidt/Twitter)

TORONTO -- Police say a 24-year-old woman was killed in a crash on the Queen Elizabeth Way near St. Catharines Sunday morning.

The St. Catharines woman was driving on the Fort Erie-bound lanes of the highway at Jordan Road when she collided with a transport truck.

It is not yet clear which vehicle lost control and hit the other, Ontario Provincial Police Sgt. Kerry Schmidt said in an news update Sunday afternoon.

He added that freezing rain was reported in the area at the time of the crash that killed the young woman.

“I was just speaking to the road supervisor there. He says it is absolutely a skating rink in many areas. It is slippery, it is icy,” he said. 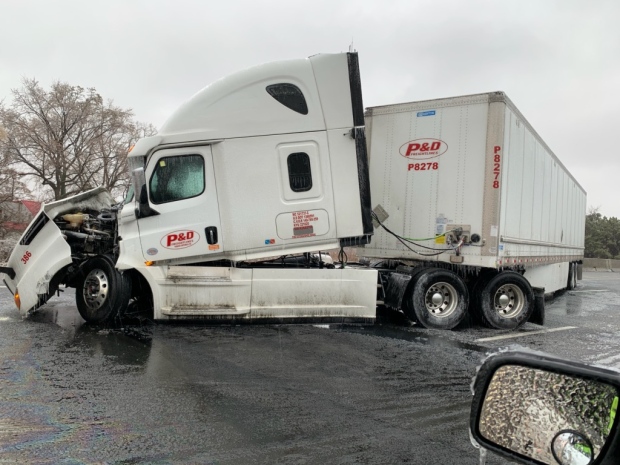 He said the lane where the crash occurred has debris from the vehicles flung across it, and that a diesel spill also occurred.

He said a third vehicle, which came onto the scene after the crash, also collided with either the vehicles or the debris and slid up the road until it came to a stop.

Schmidt is asking drivers to be alert during the messy weather, and to avoid travel if possible.

“It’s going to continue to be a messy day of driving all across the GTA through the overnight hours and into tomorrow morning as well,” he said.

The Fort Erie-bound lanes of the highway are shut down at Jordan Road due to the deadly collision.

He said the lanes will be closed for another hour or two until they are cleaned up.