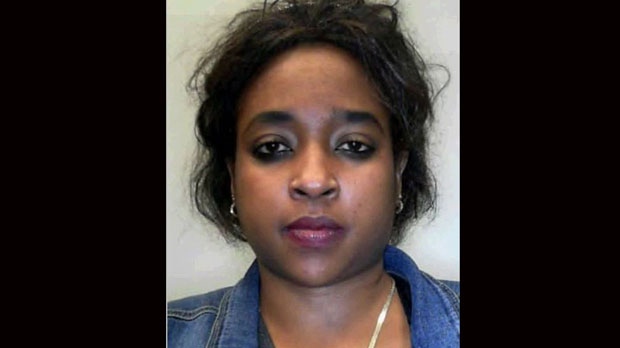 Lorraine Kerubo Ogoti, 30, is seen in this police handout.

Police have identified two people who were found dead at an apartment building in the Scarborough Junction Tuesday afternoon, classifying one of them as Toronto’s second homicide victim of the year.

Police said that officers responded to reports of a person with a knife at an apartment building at 544 Birchmount Road, near St. Clair Avenue, around 2 p.m.

When they arrived at the scene, they found a 40-year-old man lying on the sidewalk outside the building. The body of a 30-year-old woman was found inside a unit on the eighth floor.

On the day of the incident, police said that both victims had sustained “significant trauma.” Homicide detectives took over the investigation.

In a news release issued Thursday, police alleged that the woman had been stabbed by the man. She was located by officers with life-threatening injuries, police said, but was later pronounced dead at the scene.

The man has been identified by police as Mowlid Hassan of Toronto. Police said a post-mortem examination determined his cause of death to be blunt force trauma.

Police said that the investigation is ongoing, but they are not searching for any other suspects at this time.