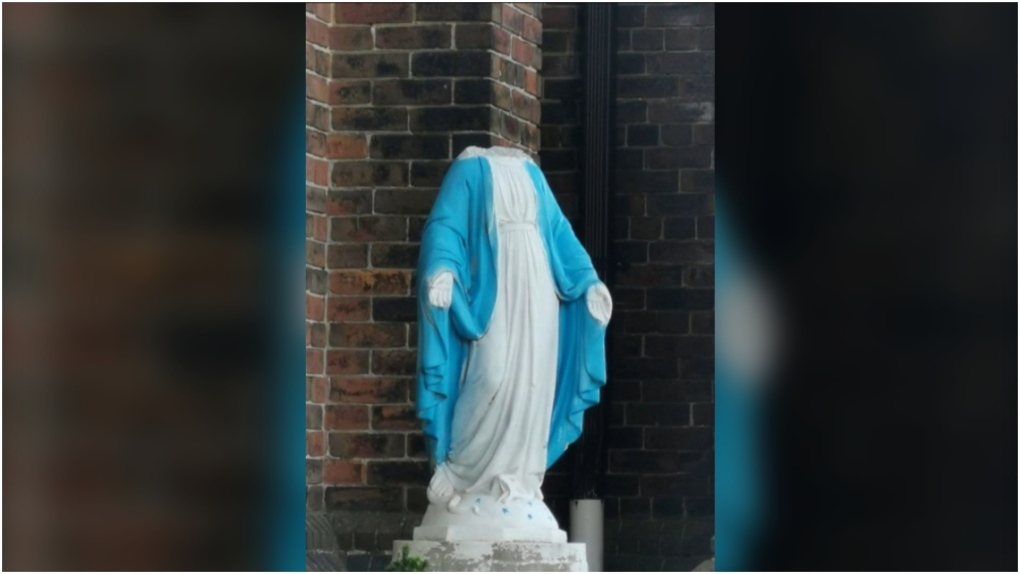 The statue of the Virgin Mary at the Our Lady of Lebanon Church in Parkdale was vandalized. (Facebook)

TORONTO -- Parishioners of a Parkdale Maronite Catholic church are devastated after the statue of the Virgin Mary was vandalized on Sunday.

Father Walid El Khoury, who is the pastor of the Our Lady of Lebanon Parish on Queen Street West, said a parishioner noticed the statue’s head was missing and reported it to him before morning mass.

They then looked for the head around the parish, he said, but they were unable to locate it.

El Khoury said the church has notified police about the incident and asked them to investigate.

When he checked the security camera, the pastor saw that someone was on the church’s lawn around 3 a.m. The individual appeared to have something in his hand as he left, El Khoury said.

The statue has been with the parish for at least 25 years. El Khoury said the church received several calls from upset members of the community.

“Our parishioners, when exiting the church, were horrified to see such a deplorable and malicious act,” the church said in a post on Facebook.