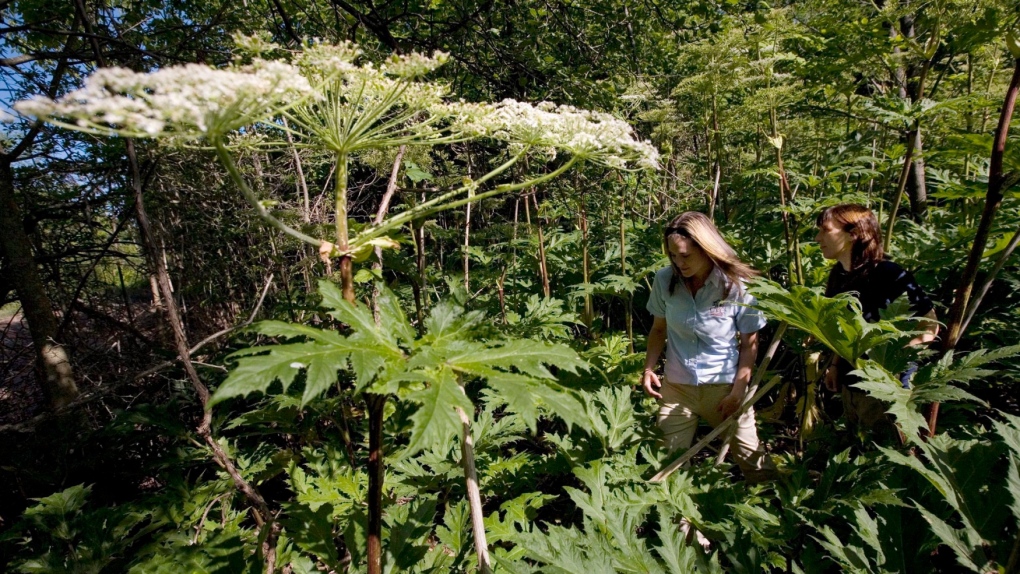 Giant hogweed is a dangerous, invasive plant that can cause severe burns and blisters, if its sap is touched.

Metrolinx is warning the public after Giant hogweed was recently found by some of its train tracks near Evergreen Brickworks.

This invasive plant, which is also known as Giant cow parsnip, can cause severe burns and blisters, if its sap is touched.

The Giant hogweed found in the Don Valley has been removed.

The Crown agency is reminding people to always remain on trails and keep away from rail corridors to avoid encountering this dangerous plant, which can spread rapidly and grows along roadsides, ditches, and streams as well as in fields and woodlands.

Anyone who spots Giant hogweed on their property or in the community is urged to the Invading Species Hotline at 1-800-563-7711 or report their sighting online.

🛑 Giant Hogweed is a dangerous, invasive species that can cause severe burns and blisters. We recently found & removed some along the tracks near the Evergreen Brickworks.

A reminder to always stay on trails and away from rail corridors. Learn more: https://t.co/LwEjd0ZIqB pic.twitter.com/WRuKQq9pNb

Russia seemingly struggles to replenish its troops in Ukraine

As Russia continues to suffer losses in its invasion of Ukraine, now nearing its sixth month, the Kremlin has refused to announce a full-blown mobilization — a move that could be very unpopular for President Vladimir Putin. That has led instead to a covert recruitment effort that includes using prisoners to make up the manpower shortage.

The GOP response to the FBI's search of Donald Trump's Florida estate this week was an especially stark example of how the party is keeping Trump nearby.