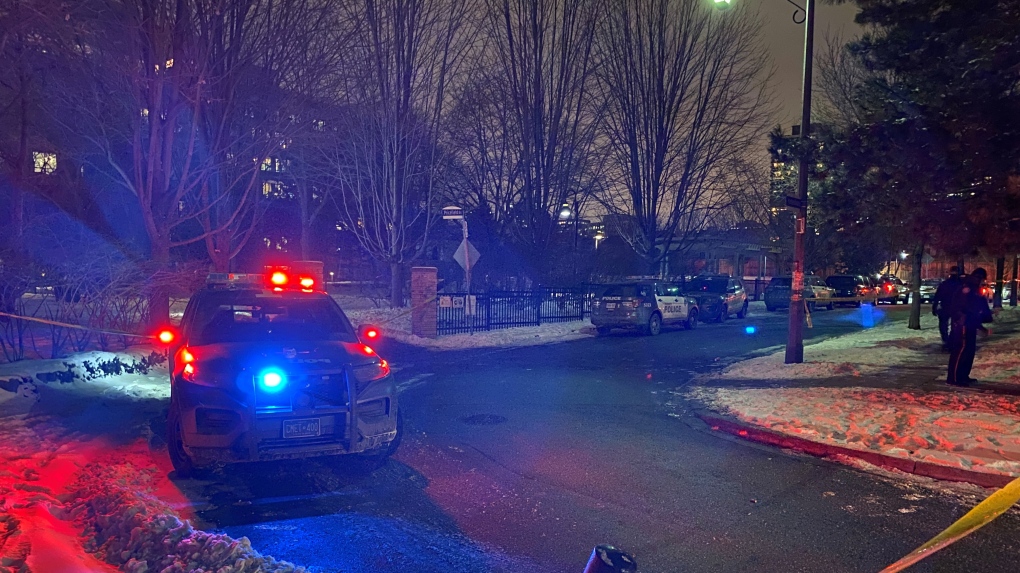 Police are investigating a shooting in Summerhill. (CTV News/Peter Muscat)

TORONTO -- Another arrest has been made in connection with the fatal shooting of a 23-year-old man in Midtown in January.

Sirac Tesfay, 23, was killed and a 27-year-old woman was also injured following a shooting in a laneway near Yonge Street and Summerhill Avenue at around 8 p.m. on Jan. 29

Tesfay was pronounced dead at the scene and the female victim suffered life-threatening injuries but survived the attack.

Henok Mesgena, a 20-year-old Toronto resident, was subsequently arrested in connection with the homicide and on Tuesday, police confirmed that a second suspect is now in custody.

Police are asking anyone with additional information about the deadly shooting to contact investigators.