Police are continuing to search for a 31-year-old man after he allegedly shot a woman and stole two vehicles—including a police cruiser—in Mississauga yesterday afternoon.

Peel Regional Police Const. Sarah Patten said that officers were first called to Apple Blossom Circle, near White Clover Way and Mavis Road, around 2:30 p.m. after receiving reports of an altercation between a man and a woman.

“Shots were fired,” Patten said. “The female suffered non-life-threatening injuries and has since been taken to local hospital.” 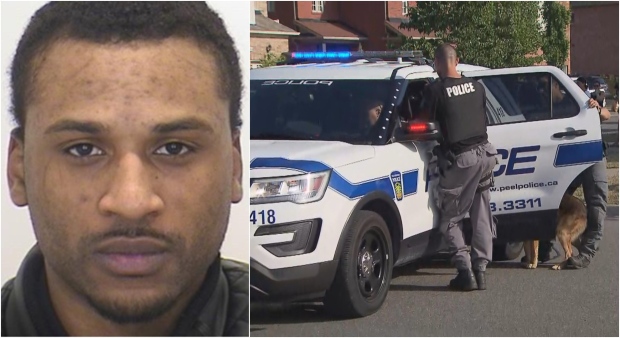 The suspect has been identified as Michael Cleghorn. (Police handout)

The man then fled the area through Sandford Farm Park, where he was met by officers near Stargazer Drive. Patten said an altercation ensued with an officer and the man got into a police cruiser and began to drive away.

“At which time, the officers tried to subdue him, but they were unsuccessful,” Patten said

She said that there was an attempt at that point to fire a conducted energy weapon at the man and that gunshots were fired. It is not known if the man was injured. 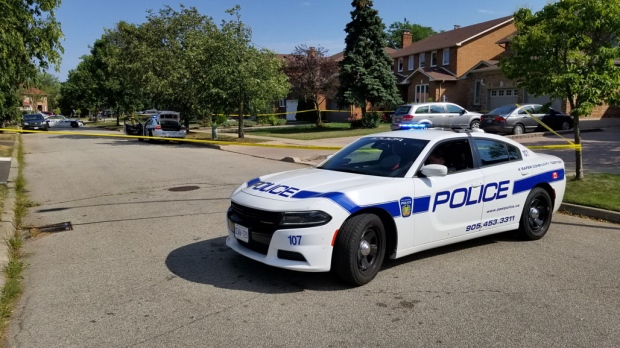 Emergency crews are seen outside a home near Idlewilde Crescent and Erin Mills Parkway after a shooting in Mississauga on Aug. 13, 2019. (David Ritchie/CTV News Toronto)

Ontario’s Special Investigations Unit says it has invoked its mandate and is investigating the incident.

A witness who identified himself as Kevin told CTV News Toronto that he saw the confrontation. He said that the suspect and the officer wrestled and then later the officer told the suspect to stop several times and then he drew a conducted energy weapon.

“But the guy did not stay down, he got into the cruiser and drove off.”

Kevin then said he saw the officer fire several rounds at the cruiser’s tires as it drove away.

The police cruiser was found a short distance away, Patten said. Aerial video footage of the scene shows an empty Peel Regional Police cruiser on Idlewilde Crescent. A conducted energy weapon was seen lying on the road nearby. 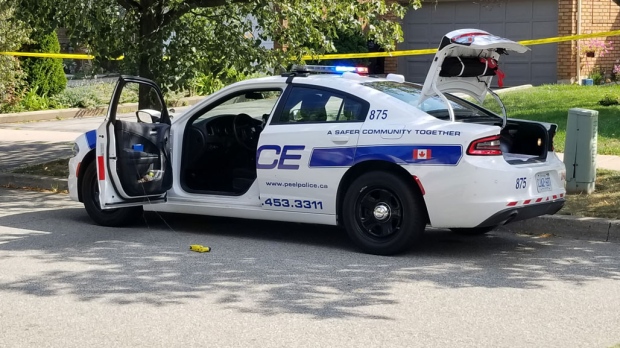 The phone was found near Highway 401 and Martin Grove Road, police said. Investigators have not said who the phone belongs to.

The suspect has been identified as Michael Cleghorn of no fixed address. He is described as black, medium complexion , 6'2" and 180 pounds.

Police said Cleghorn may attempt to seek medical treatment. He should not be approached and should be considered armed and dangerous.

The vehicle has been described as a 2013 white Hyundai Santa Fe SUV with license plate AYVL 950. 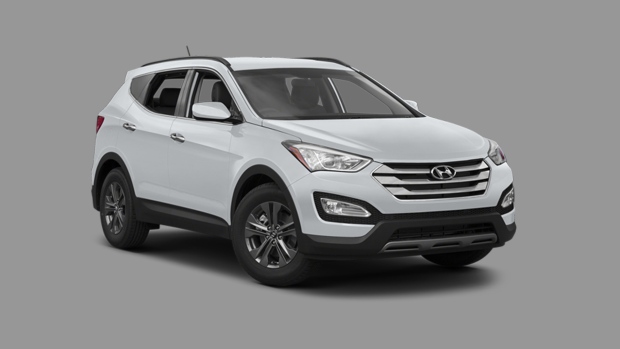 Anyone with any information about this incident or on the location of Michael Cleghorn is asked to contact police or Crime Stoppers.

A YMCA and a daycare in the area were put into hold and secure as a precaution, but the order was later lifted.