Premier says secret G20 law should have been disclosed 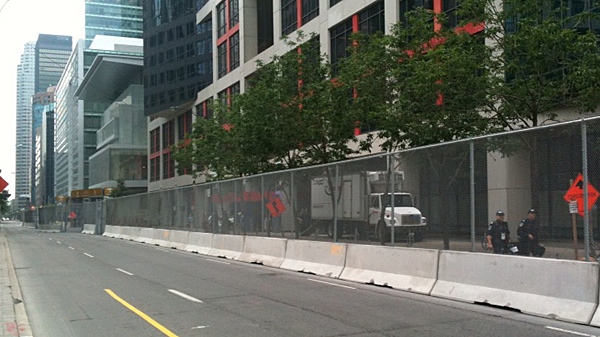 Police had warned anyone coming within five metres of the fence who didn't produce ID and allow their belongs to be searched could be arrested. (Bill Doskoch/ctvtoronto.ca)

TORONTO - Premier Dalton McGuinty admits the province should have told the public about a new law regarding police powers during the G20 summit in Toronto.

The Liberal government has been under fire for weeks for secretly passing a law giving police extra powers to stop and search people inside the G20 security fence and not telling the public.

Police wrongly interpreted the law as giving them the power to stop people outside the security zone.

McGuinty says the province clarified the law for police and wrongly assumed police would tell the public.

He says the government failed to move as quickly as it should have to clear up the confusion.

In fact, it wasn't until the G20 was over -- and hundreds of people had been arrested -- before the public was told police did not have any extra powers to stop and search people outside the G20 zone.