Police could have waited before elderly woman Tasered in Mississauga: SIU 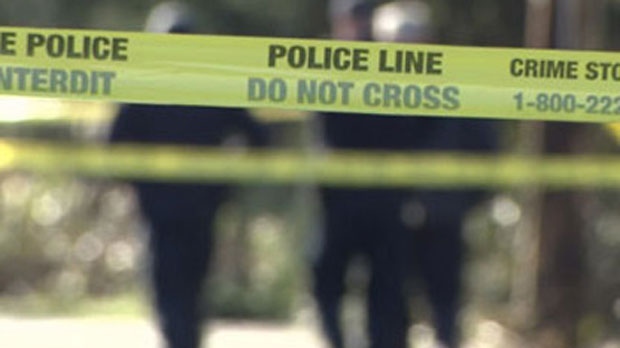 MISSISSAUGA, Ont. -- Ontario's police watchdog says an officer who Tasered an 80-year-old woman in Mississauga twice didn't break the law, but could have waited longer before opting to use the stun gun.

The Special Investigations Unit says officers ordered Iole Pasquale to drop the eight-inch-blade knife she was holding while walking on the road around 3:30 a.m. on Aug. 28, but that she kept wandering and made incoherent noises.

The SIU says a supervisor officer equipped with the Taser then arrived and decided to apprehend her under the Mental Health Act because he thought she was suffering from a mental disorder and could harm herself or others.

It says he considered other use-of-force options including a baton and wrestling Pasquale to the ground, but dismissed these due to the risk she and the officers could be injured.

The SIU says that while one officer successfully ordered Pasquale to extend her arms to reduce the risk of her falling on the knife, the supervisor Tasered her once, then again after she had fallen and broken her hip because she still held the knife.

Director Ian Scott says that while in hindsight the supervisor could have waited longer and tried to convince her to drop it, the use of the stun gun wasn't legally unreasonable, especially since he had her extend her arms to reduce harm.

"The subject officer can be criticized for not waiting longer and perhaps he should have," Scott said in a release Wednesday.

Though it was "unfortunate" Pasquale's hip was fractured in the fall, the Peel regional police officer couldn't have seen the injury coming, he added.

Scott said the officers "had no reason to believe" Pasquale would become co-operative in the short term, and had no way of identifying her so as to find a family member to speak to her.

"Coupled with these issues was the fact that she appeared to be suffering from a mental disorder and could have harmed herself with the knife," he said.

"This decision does not mean that it was the preferred option, particularly in light of Peel Police's internal directive that CEWs are to be avoided on elderly persons where possible; it simply means that the decision to use a CEW in these circumstances should not engage the criminal law," Scott said.