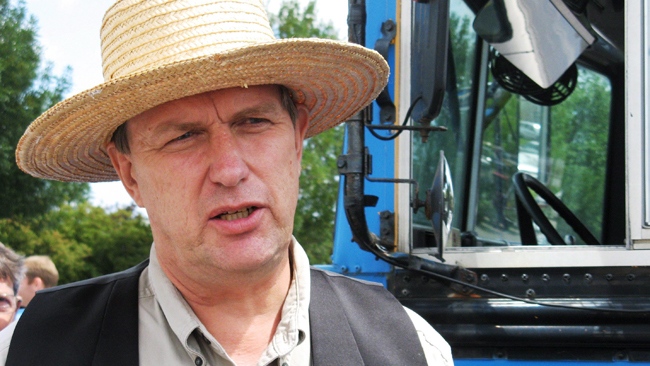 TORONTO -- An Ontario dairy farmer convicted of producing, selling and distributing raw milk has won the right to appeal.

Schmidt was sentenced to one year of probation and fined $9,150 for operating an illegal cow-share business.

He was charged in 2006 following an undercover police sting operation at Glencolton farms, northwest of Toronto. Schmidt has since admitted to supplying 150 families with raw milk. Each family had paid him $300 for partial shares in 26 cows he kept at the farm.

It is illegal to market, sell, distribute unpasteurized milk or cream. But it is permitted for cow owners to drink and give the product to their immediate families.

Health Canada warns that raw milk contains several harmful bacteria including salmonella, E. coli and listeria and can cause vomiting, diarrhea, kidney failure, miscarriage and even death. All milk in Canada has been pasteurized since 1991.

Supporters argue that unpasteurized milk has many health benefits and argue that they have the right to decide what they can and should consume.

The appeal will likely be heard within the next six months, Selick said, adding that Schmidt vows to continue on with the legal battle.

"Michael is not just concerned about his own private interests," said Selick. "He is a big advocate for food freedom."

Schmidt's conviction came after a lower court had acquitted him of the same charges in January 2010.