TORONTO -- The Ontario government is expected to announce Thursday that it will implement an “emergency brake” and force the province into a month-long shutdown, CTV News Toronto has learned.

Multiple sources with direct knowledge of the decision said Wednesday the shutdown is expected to begin on April 3 and will last at least a month.

According to the government’s guidelines, a shutdown—which appears as a sixth, white-coloured tier in the government’s framework—is similar to the old grey zone rules in which retail is allowed to open with strict capacity limits, indoor dining remains closed and gyms are shuttered.

While most outdoor amenities, including golf courses, baseball diamonds and soccer fields, would remain open, other sectors of the economy will be closed or restricted for the next month.

Restaurants would be closed for in-person dining, and would be forced to deliver or offer take out instead.

Despite concerns over COVID-19 outbreaks related to manufacturing and warehouses, those sectors would remain open as long as they provide essential products or offer packaging, distribution and delivery. 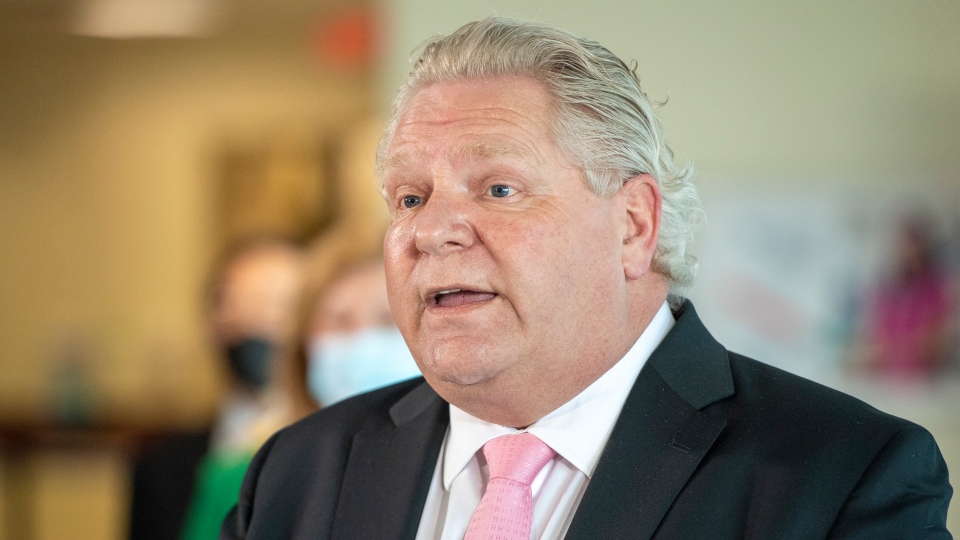 On Wednesday, Ontario Premier Doug Ford said an announcement about further possible health restrictions would be made the following day as COVID-19 admissions to the province’s intensive care units reached an all time high.

According to a Critical Care Services Ontario report, there were 421 patients with COVID-19 in the ICU as of Wednesday. This is the highest number of COVID-19 patients in critical care at one time since the pandemic began.

The province’s seven-day average for the number of cases recorded is now 2,316, up from 1,676 one week ago.

The COVID-19 Modelling Collaborative released new projections Wednesday afternoon suggesting the province could see about 700 COVID-19 patients in the ICU by the second week of April.

Without additional public health measures, modelling done by the University of Toronto predicted between 1,000 to 1,600 people could be in intensive care by the end of April.

It was just one week ago that Ford announced changes to the COVID-19 shutdown framework, modifying the grey zone to allow outdoor dining on patios and expanded capacity for indoor service at restaurants.

Outdoor fitness classes resumed in grey zone regions on Monday while personal care services were slotted to reopen in the grey zone on April 12.