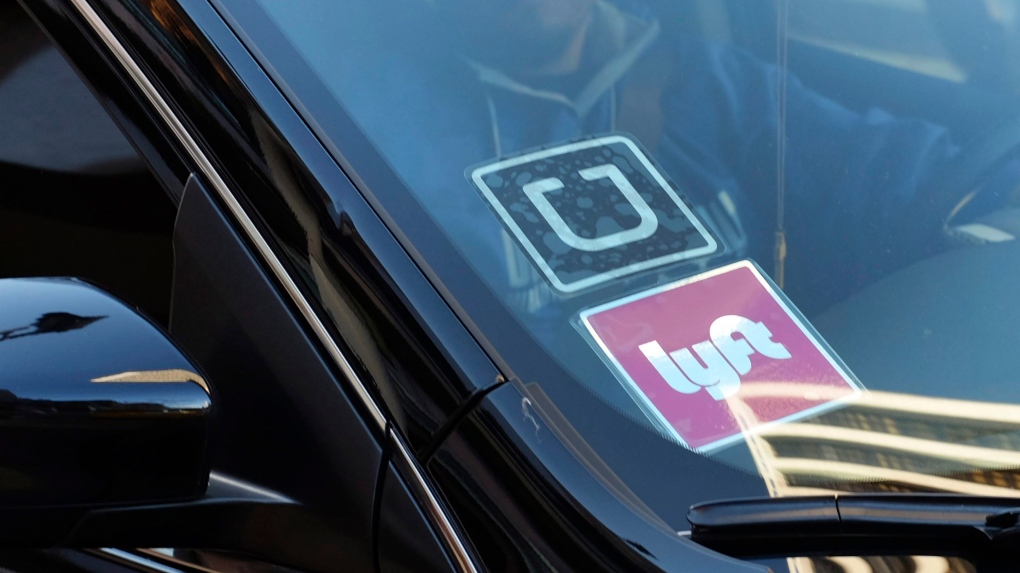 FILE - In this Tuesday, Jan. 12, 2016, file photo, a driver displaying Lyft and Uber stickers on his front windshield drops off a customer in downtown Los Angeles. (AP Photo/Richard Vogel, File)

The Ontario government has appointed five people to an advisory panel tasked with designing a new portable benefits plan for gig workers; however, the recommendations are not expected for another year.

The “Portable Benefits Advisory Panel” will make recommendations on a plan that will provide options for health, dental and vision care for workers in sectors such as retail, hospitality, independent contract workers and temporary workers.

The government says this plan would be the “first of its kind in North America.”

“Access to basic necessities like dental care and affordable medication shouldn’t be determined by whether or not you work a nine-to-five job, but all-too-often it is,” Minister of Labour Monte McNaughton said in a statement.

The panel is made up of primarily executives with an expertise in financial, legal and labour issues. It includes the Co-Founder and Executive Chair of LockDocs Inc. Susan McArthur, Vice President of Public Policy with CSA Group Sunil Johal, Partner at McCarthy Tétrault Brad Nicpon, Senior Partner and Managing Director at Aon Wealth Solutions Allan Shapira, and Professional Sommelier and advocate Marlayna Perrone.

The panel will “conduct research and consultations” over the coming months, the government said, to identify gaps in benefits coverage for different types of workers. A final report will be submitted to the government in the summer of 2023 with recommendations.

McNaughton previously told CTV News Toronto the panel would submit a report in July of 2022, one month after the provincial election.

Last month, the Progressive Conservative government put forward legislation that would make it mandatory for app-based gig workers such as ride-share drivers and couriers to make a $15 minimum wage on par with the rest of the province.

It also makes it mandatory for workers to receive a recurring pay period and pay day while prohibiting tips from being withheld by platform operators.

Liberal Leader Steven Del Duca has also promised to create a package of "high-quality, affordable" benefits for gig workers and self-employed people if elected in June.

"These benefits will be portable, belonging to the worker for their entire career, regardless of their employment situation, giving that worker a safety net that they can count on," Del Duca said over the weekend.

The leader added that a Liberal government would also classify gig workers as employees and set a minimum wage of $16 for the province.

Russia seemingly struggles to replenish its troops in Ukraine

As Russia continues to suffer losses in its invasion of Ukraine, now nearing its sixth month, the Kremlin has refused to announce a full-blown mobilization — a move that could be very unpopular for President Vladimir Putin. That has led instead to a covert recruitment effort that includes using prisoners to make up the manpower shortage.

Hundreds of scientists and researchers are expected to gather on Parliament Hill today to call for a raise.

The GOP response to the FBI's search of Donald Trump's Florida estate this week was an especially stark example of how the party is keeping Trump nearby.