A 38-second video, uploaded to Instagram, shows the worker clinging to a rope while he hangs several storeys high.

"Hang on, just let your hardhat fall, bro," a person can be heard yelling at the worker in the video.

The video does not show the worker safely get to the ground, but the company confirmed the person was lowered and was not seriously injured.

The company said they are working with “all appropriate authorities” and the incident is being investigated. 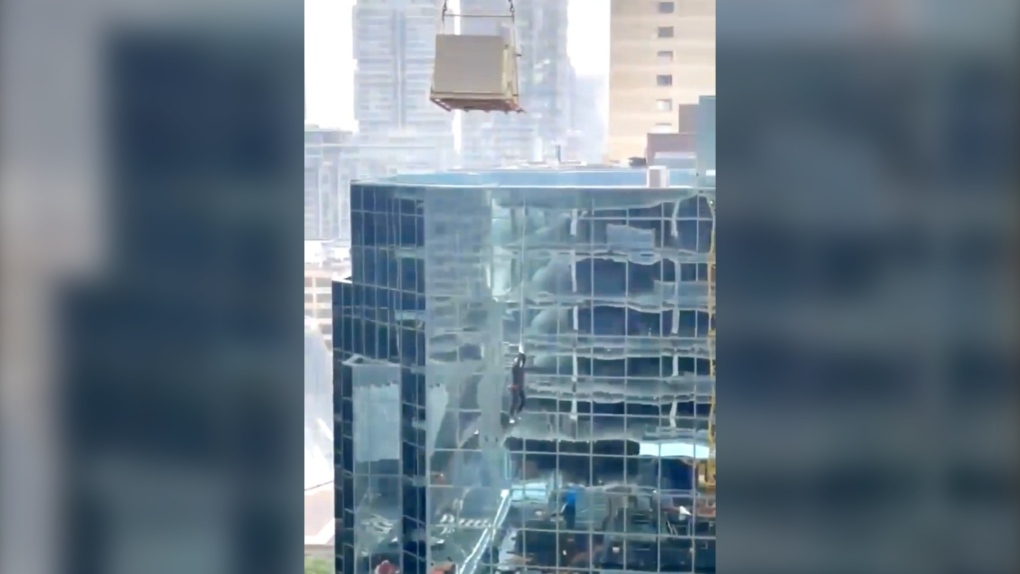 Video of the incident was posted to Instagram on Tuesday by My S1, a company that advocates for workplace safety.

President of My S1, Phillip Ferreira, told CTV News Toronto he was sent the video by an employee, who wishes to remain anonymous, that was on the job site when the incident occurred.

The Ministry of Labour said Wednesday they are investigating the incident.

Salman Rushdie, the author whose writing led to death threats from Iran in the 1980s, was attacked and apparently stabbed in the neck Friday by a man who rushed the stage as he was about to give a lecture in western New York.

300,000 Canadians at 'severe' or 'moderate' risk of gambling problems

While problem gambling affects a minority of the Canadian population, more than 300,000 are at “severe” or “moderate risk” for gambling-related problems, according to a Statistics Canada study of gambling behaviour.

A federal judge was to decide as soon as Friday whether to grant the Department of Justice's request to unseal the warrant that authorized the FBI to search former U.S. President Donald Trump's Florida estate. Attorney General Merrick Garland declared there was 'substantial public interest in this matter,' and Trump backed the warrant's 'immediate' release.