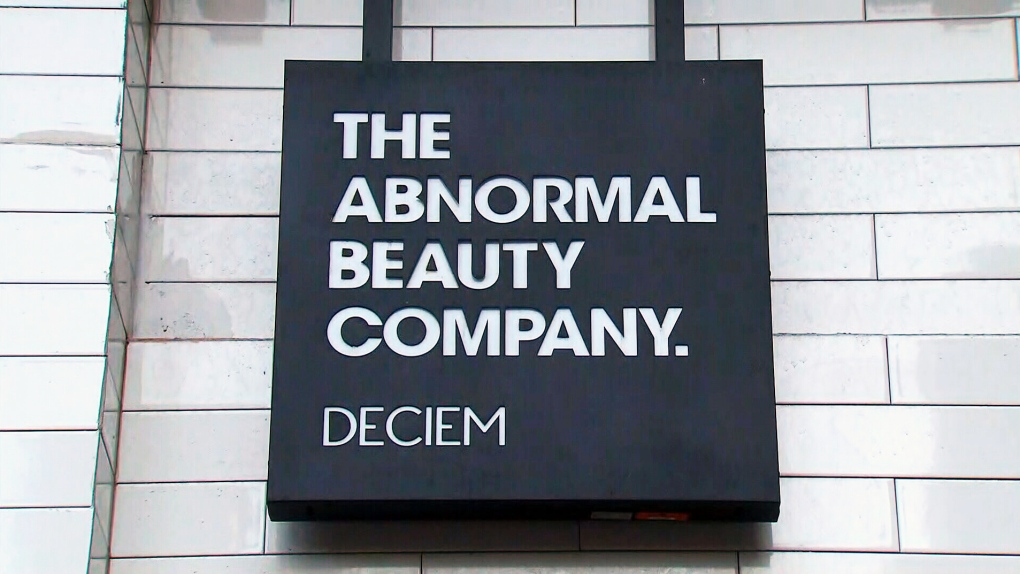 The logo for beauty company DECIEM is seen in this undated file photo. (File)

TORONTO -- The Estee Lauder Cos Inc. has struck a deal to buy Canadian skincare company Deciem Beauty Group Inc. at a valuation of US$2.2 billion.

The agreement will see Estee Lauder purchase the Toronto-based company behind the popular skin care brand The Ordinary in two phases.

Estee Lauder said the first phase of the deal, which is expected to close by June 30, will see the company increase its stake in Deciem to 76 per cent from 29 per cent for US$1 billion.

The American multinational manufacturer of skincare, makeup, fragrance and hair care products said it has agreed to buy the remaining interests after a three-year period at an amount to be determined based on Deciem's future performance.

It said Deciem, which calls itself The Abnormal Beauty Company, is an "industry disruptor with a consumer-focused approach."

The skincare company was founded in 2013 by the late Brandon Truaxe, a computer scientist and cosmetics entrepreneur.

While he oversaw Estee Lauder's initial investment in Deciem 2017, dealings between the companies became strained the following year after Truaxe alleged "major criminal activity" by employees and said he would be shutting stores.

The closures sparked outcry from Deciem fans and beauty behemoth Estee Lauder took him to court and ultimately had him removed from the company's leadership.

Nicola Kilner, co-founder and CEO of Deciem, said in a statement that Truaxe dreamed Estee Lauder would be the "forever home" for the Canadian skincare company.

In a followup email, she said 2018 was a "very tough year" for Deciem, which faced "adversity no company wants to prepare for."

Still, Kilner said Truaxe was inspired by Leonard Lauder, heir to the cosmetics giant, and "in awe of the family approach Lauder has to business."

"Whilst we experienced this difficult time when Brandon stepped away for a short while, we always envisioned him returning to Deciem and carrying on the magic," she said. "Sadly this was not possible."

"There will be no changes to our (headquarters) location, lab or production," she said. "The team structure at Deciem will not change."

The growth trajectory as a result of the partnership means the skincare company will be looking at "hyper expansion" in staffing in its newer markets including India, the United Arab Emirates and Malaysia, Kilner added.

"The company's hero products, desirable innovation, and digital- and consumer-first high-touch approach have been instrumental to its success," he said in a statement. "We are excited for what the future holds."

Estee Lauder said since its initial investment in June 2017, Deciem has grown rapidly, achieving net sales for the 12 months ended Jan. 31, 2021, of about US$460 million.

Deciem has gained a following for its position in the industry as the antithesis of most skincare brands. Products come in plain white packaging with scientific sounding names and price tags that are much cheaper than rivals.

The company's products, especially its popular The Ordinary line, have been touted by celebrities like Kim Kardashian.

It's unclear how Deciem fans will respond to the company being sold to the cosmetics behemoth, given Deciem's stance as an alternative to big beauty.

Kilner said Deciem is continues to challenge what "luxury" skincare looks like.

"Luxury can no longer be defined by price point," she said. "The quality and innovation of a product speaks to its success."

Kilner added: "We are thrilled to be infiltrating a well respected conglomerate such as (Estee Lauder) with our continued mission to bring transparency and authenticity to the skincare industry."