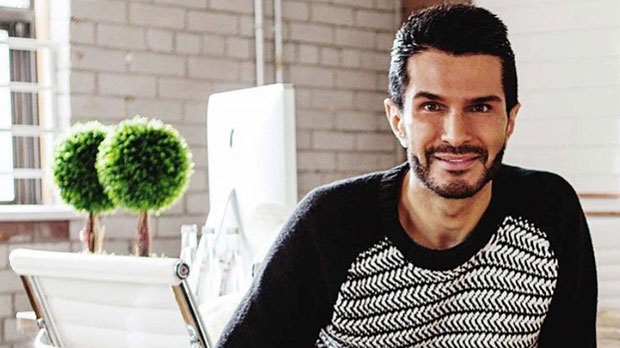 Deciem founder Brandon Trauxe is shown in this undated handout photo posted to Instagram. The chief operating officer of Toronto beauty brand Deciem says the company's founder Brandon Truaxe has died. In an email to The Canadian Press, Stephen Kaplan confirmed that 40-year-old Truaxe, who created the company that is known for selling products at more affordable prices than other luxury brands in 2013, died over the weekend. THE CANADIAN PRESS/HO - Instagram, Brandon Truaxe

TORONTO -- The mastermind responsible for turning Toronto beauty brand Deciem into a multi-million-dollar company that shook up the cosmetics industry has died.

Deciem chief operating officer Stephen Kaplan confirmed the death of 40-year-old founder Brandon Truaxe in an email to The Canadian Press on Monday and released a statement on social media calling Truaxe a "friend."

"You touched our hearts, inspired our minds and made us believe that anything is possible. Thank you for every laugh, every learning and every moment of your genius," the post said. "Whilst we can't imagine a world without you, we promise to take care of each other and will work hard to continue your vision. May you finally be at peace. Love, (forever) your Deciem."

Kaplan and the company did not disclose Truaxe's cause of death, which the brand appeared to be marking by keeping stores closed on Monday. A sign hung in the window of at least one Toronto location saying, "Please don't get mad. We are currently closed for an unforeseen concern."

It was Truaxe's vision that fashioned Deciem's popular The Ordinary line into the antithesis of most skincare brands -- products come in plain white packaging with scientific sounding names and price tags that were much cheaper than rivals.

The products Deciem sold at the roughly 30 stores Truaxe opened around the globe ended up being touted by Kim Kardashian West and reportedly put the company on track to make $300 million in sales last year.

But his relationship with the beauty darling he had built become strained in recent months after he announced on Instagram in Oct. 2018 that he was closing all of its stores, citing alleged employee involvement in a "major criminal activity." Further details about his claims have yet to be revealed, but a court recently appointed PricewaterhouseCoopers to investigate the allegations.

The closures spurred outcry from Deciem fans and beauty behemoth Estee Lauder Companies Inc., which bought a 28 per cent stake in the brand in 2017 from Truaxe and Pasquale Cusano, an owner and manager of high-end jewellery stores in British Columbia.

In a bid to protect its investment, Estee Lauder headed to court twice in October, landing court orders removing Truaxe as the company's chief executive officer, requiring him to stay away from Deciem properties and employees and reopening the stores.

Estee Lauder said its actions were prompted by hundreds of "outrageous, disturbing, defamatory, and/or offensive posts on Deciem's social media accounts" and a profane email it claimed Truaxe sent to Estee Lauder's founder, saying he would soon be in his hometown and predicting the demise of Estee Lauder and the Lauder family.

Truaxe never appeared in court to fight the orders, but in the months since posted copies of them and messages directed at Lauder on his Instagram page.

In the wake of the news of Truaxe's death, Estee Lauder companies said in a statement to The Canadian Press that Truaxe was a "true genius."

"We are incredibly saddened by the news of his passing. As the visionary behind Deciem, he positively impacted millions of people around the world with his creativity, brilliance and innovation," the company said. "This is a profound loss for us all."

Despite the turmoil, Deciem was long considered Truaxe's biggest success.

Fresh from studying computer programming at the University of Waterloo in Ontario, Truaxe, a serial entrepreneur, led a software development firm called Schematte Corporation and a nutritional supplements company called Organic Senses Ltd. The companies were dissolved in 2008 and 2007 for failure to comply with legislation requiring them to file annual returns, the federal ministry of innovation, science and economic development confirmed.

Then, in 2003, he founded Euoko Inc., which he billed as a maker of "scientifically advanced luxury skin treatments formulated as alternatives to clinical laser procedures and cosmetic injections."

Its best selling cream came with a $525 price tag and was laced with snake venom, which it claimed reduced wrinkles. It was sold at high-end retailers Barneys New York, Bergdorf Goodman and Harrods.

He resigned from the brand in 2011 and next appeared with a new venture: Indeed Laboratories, a skincare company which aimed to "make people feel comfortable showing their real selves in front of HD cameras and behind their selfie sticks everywhere."

The brand has lived on as one of Deciem's competitors, but Truaxe parted ways with Indeed within three years, telling the Telegraph in 2017 that there was "significant negativity" and "I didn't get along with my partners."