TORONTO -- The family of a Canadian man imprisoned in Egypt without any charges against him are calling on the federal government’s help to transfer him to a private hospital as he struggles to breath while fighting pneumonia, and possibly COVID-19.

Yasser Ahmed Albaz, a 52-year-old Canadian engineer, has been imprisoned at the notorious Tora prison since February 2019 after he was detained at the airport on his way home to Oakville from a business trip.

While the Canadian government has said previously that Yasser Ahmed Albaz is top priority, the family says its approach is lacking and its taking no concrete steps to rescue him.

“I haven’t heard back from the government and haven’t received acknowledgment and it’s very concerning because the urgency has escalated,” his daughter, Amal Ahmed Albaz, told CTV News Toronto on Monday. “I have been saying his life is on the line, but now it’s hanging by a thread.”

Amal says the family contacted Canadian doctors on Monday explaining her father’s condition and his pre-medical risk factors of high cholesterol and high blood pressure. Her father, she said, is currently struggling to breathe due to pneumonia and has low oxygen levels and all the COVID-19 symptoms.

The Canadian doctors, she said, told her that he could die without proper medical intervention due to his pre-existing health issues and his current symptoms. 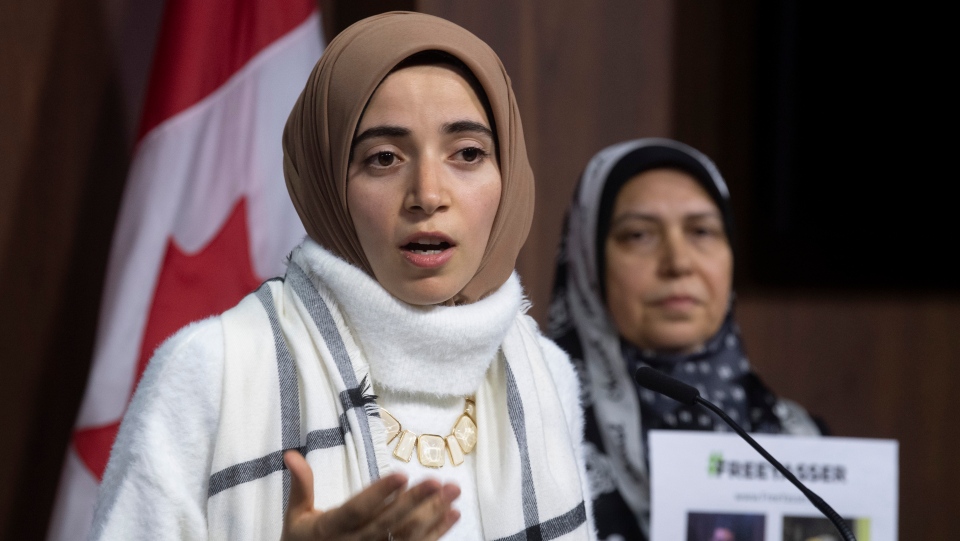 “His life is on Canada, he is Justin Trudeau’s responsibility. If something happens to him it’s on our government.”

Protests have taken place across Ontario for over a week now as family members race to pressure the federal government to help bring Yasser Ahmed Albaz back home. His daughter says the family has done nine protests in just a week.

“To think of my father struggling to breath in a cell by himself with no medication, I don’t know how much worse than that it can get,” Amal said, her voice wrought with emotion.

“Our government must bring him home and until they do that they must make sure that he’s getting treatment in a private hospital in Egypt. There’s not a second to lose because my father might not get that second.”

Amnesty International is also calling on the federal government to urgently intervene in the case, saying that Yasser Albaz had been arbitrarily detained and his life is on the line. 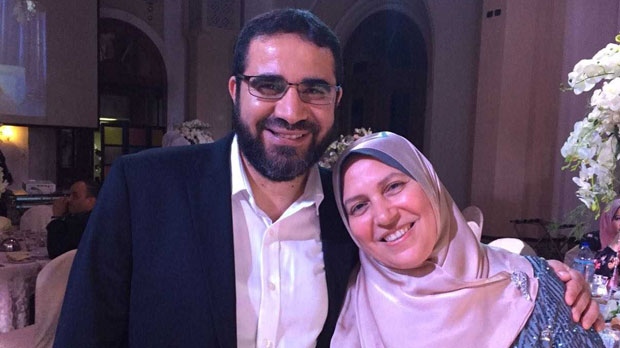 “The absence of regular consular visits place Mr. Albaz’s wellbeing in jeopardy, and Canada must take all steps to ensure that he remains healthy and continue to work to secure his release and return to his family.”

The international human rights organization said its concerned about “the spread of COVID-19 in Egyptian prisons and considers inmates to be particularly vulnerable due to unsanitary living conditions, the impossibility of physical distancing and inadequate healthcare.”

CTV News Toronto has reached out to Global Affairs Canada and Prime Minister Justin Trudeau’s office on the issue but has not yet received a response.