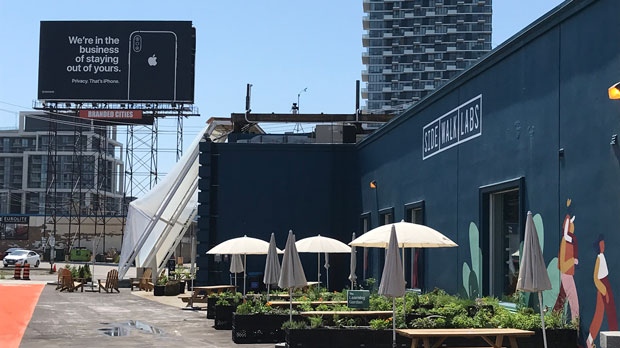 An Apple billboard has popped up across the street from Sidewalk Labs' headquarters. (Craig Berry/CTV News Toronto)

The billboard, which can be found near Parliament Street and the Gardiner Expressway, appears to play on the privacy concerns residents have over the building of a smart neighbourhood along Toronto’s waterfront.

In the simple black-and-white advertisement, a silhouette of an iPhone is seen. Beside the image, it says “we’re in the business of staying out of yours” in large lettering.

The advertisement popped up amid a call from Ontario’s information and privacy commissioner asking the provincial government to review its laws in preparation for the risks associated with smart cities.

In an annual report, the commissioner said that the technology involved in the project would be able to “collect, use and generate massive amounts of data, including personal information.”

One resident in the area said that he found Apple’s privacy-focused marketing “more funny than petty.”

“I think they are very cunning. (It’s an) interesting way of marketing yourself,” the resident said.

Another person said that she hopes the two companies can collaborate instead of hosting a marketing feud.

“Here in Toronto we have more of a collaborative vibe,” she said. “I use my iPhone with Google." 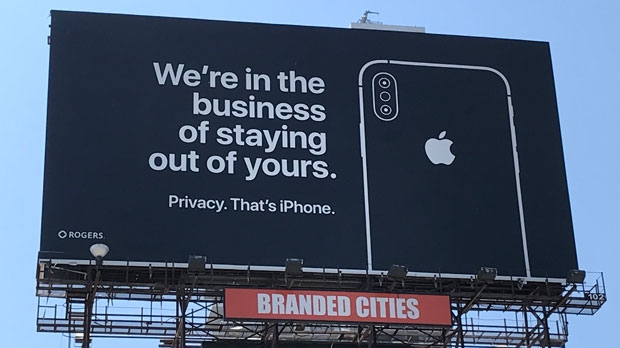