Warning: This story contains graphic details that may be disturbing to the reader.

An Ottawa woman who was sexually assaulted by Hedley frontman Jacob Hoggard in a Toronto hotel room nearly six years ago says her life was “shattered beyond recognition” as a result of the incident.

The woman, whose identity cannot be revealed due to a publication ban, spoke during a sentencing hearing for the Canadian musician at the University Avenue Courthouse Thursday morning.

“Before November 22, 2016, I was a different person. I was never the same after that day,” she said. “A part of me died that day that I will never get back. My life as I knew it was stolen from me and shattered beyond recognition. The assault took away my worth, my privacy, my body, my confidence and my voice.”

Hoggard was found guilty in June of sexual assault causing bodily harm in connection with the aforementioned incident.

The singer faced the same charge in connection with the alleged sexual assault of a teenage fan, but jurors found him not guilty. At that time, Hoggard was also acquitted of one count of sexual interference after he allegedly groped the girl following a Hedley concert in April 2016 when she was 15.

The 38-year-old pleaded not guilty to all three counts.

In her victim impact statement, the Ottawa woman said she chose to attend court without the support of any loved ones because she “could not bare to watch them suffer more than they already have.”

The woman went on to say that the “months following the assault were the loneliest and darkest days of (her) life."

"I would wake up every night paralyzed with fear over the continuous nightmares I had of that day. To this day I can close my eyes and put myself back in that hotel room,” the victim said. “I distanced myself from everything I loved. I lost out on major job opportunities at work. I missed important moments with my loved ones that I will never get back. I think that is what hurts me the most. I disconnected from everyone I cared about. The isolation at times was unbearable.”

The Ottawa woman previously testified at trial that she met Hoggard on a dating app Tinder and agreed to meet him in Toronto.

She was in her early 20s at the time and told the court on Thursday that the sexual assault robbed her of a part of her life that was “supposed to be full of possibilities.”

“Finally, before a sentence is given - I would like to offer a piece of advice to Mr. Hoggard. In his own words. ‘Don’t worry - it will be over soon,’” the woman said as she concluded her remarks.

SENTENCE WON'T BE HANDED DOWN THURSDAY

The sentencing hearing for Hoggard took a bit of a turn Thursday morning as his lawyer raised some issues with evidence in a forensic psychiatric report that names some of his sexual partners. 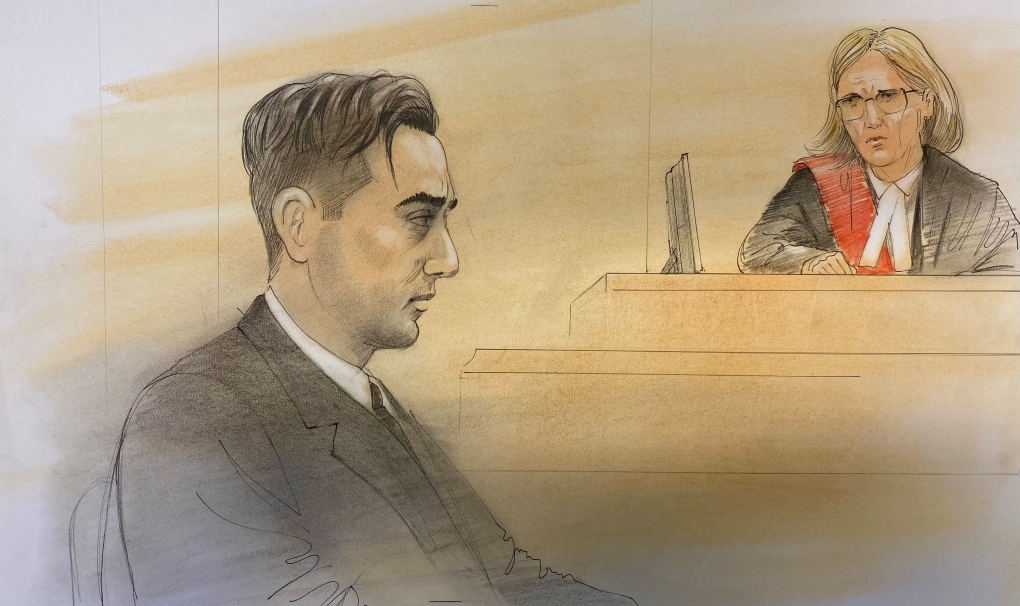 A follow-up hearing is set for Oct. 14 starting at 10 a.m. via Zoom. Hoggard will be given a chance to speak at that time.

Formal submissions on the range of his sentence were also pushed back, though the Crown indicated that they plan to ask for a prison sentence of six to seven years. The maximum sentence for sexual assault causing bodily harm is 14 years.

Roberts, who is expected to deliver her sentence on Oct. 20 at 9 a.m., said she feels it’s important to time to review all of the submissions made in court before making her final decision.

“Everyone has worked so hard on this case,” Roberts said in court. “Everybody wants certainty and I’m sure Mr. Hoggard, more than anybody in this room, wants certainty.” 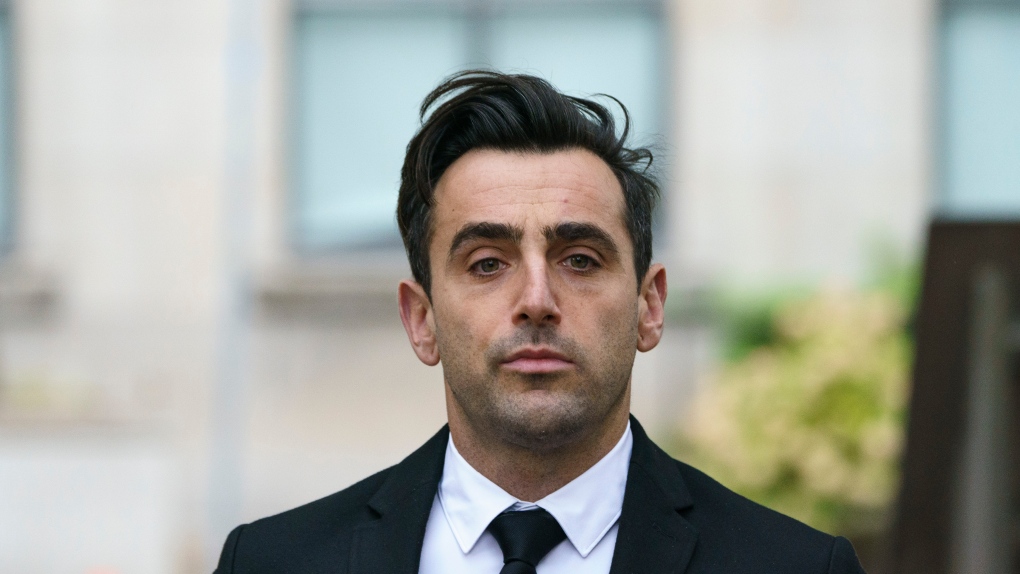 The sentencing hearing for former Hedley frontman Jacob Hoggard got underway in Toronto on Oct. 6. (The Canadian Press)

On Wednesday evening, CTV News learned that the Ottawa woman is suing Hoggard for $2.8 million.

In a draft claim obtained by CTV News, the plaintiff argues in addition to mental anguish, the incident left her unable to complete her education and impaired both her physical and emotional wellbeing.

In March, Hoggard was also charged with sexual assault causing bodily harm in connection with another unrelated incident that occurred in June 2016 in Kirkland Lake, Ont. He has denied the allegation and said through his lawyer that he intends to plead not guilty.

With files from CTV Toronto's Katherine DeClerg and The Canadian Press.

A new report from Royal LePage shows 75 per cent of U.S. citizens living in border towns and owning recreational properties in Canada made their purchase after the federal government announced its forthcoming foreign buyer ban.

A new report predicts average home sale prices in Canada will fall 3.3 per cent next year with the biggest declines expected in Ontario and Western Canada where some markets may see prices fall 10 to 15 per cent.

We have entered the final round of group stage matches at the 2022 World Cup in Qatar. It was do or die for Groups A and B as four teams advanced. CTVNews.ca takes a look at everything you need to know from Day 10 of the tournament.

King Charles' whirlwind three-day trip to Canada in May 2022 cost Canadian taxpayers at least $1.4 million, or well over $25,000 per hour, according to documents obtained by CTVNews.ca.

Edmonton mom says she was beaten, robbed in random attack outside LRT station

An Edmonton mom opened up about a random attack while she was waiting for a train that left her bruised, concussed and questioning whether it's safe to take transit in the city.