Why a life-saving drug for babies with a rare muscular disease costs 2.8M for families

A life-saving drug is costing families a trip to the U.S. and $2.8 million to treat their toddlers and babies suffering from a deadly neuromuscular disease.

CTV News Toronto recently shared the story of Eva Batista, a two-month-old baby who is suffering from spinal muscular atrophy, which results in progressive muscle wasting and the loss of motor neurons.

Her North York family is racing against time to raise money to pay for Zolgensma, a one-time treatment for the disorder that is not available in Canada.

Meanwhile, families, across the globe, have been crowdfunding and appealing to their governments for money to pay for the drug, which must be administered before a child is aged two for it to be effective.

The disease typically affects one in 10,000 people in Canada, and is a leading cause of death among infants. If left untreated, it can kill a baby before they turn two.

“[Zolgensma] is a gene therapy that helps cure a disease, which was seen just as a death sentence,” Mina Tadrous, a research associate with the Ontario Drug Policy Research Network, said Wednesday. “[But] the price tag is something that we are unfortunately seeing across a lot of different drugs.” 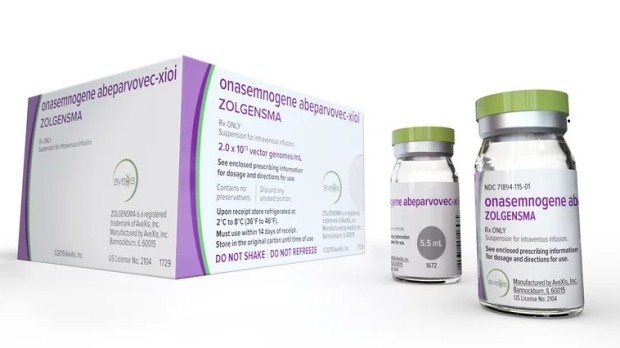 This drug, pictured above, has the potential to treat two-month-old Eva Batista's spinal muscular atrophy. (Novartis)

Novartis has received mountains of criticism for the costly price of the drug, but the company says the price is reasonable due to the fact that it’s a one-time treatment that replaces the costs of a lifetime of chronic therapy.

AveXis, a Novartis company that is leading their work on gene therapy, wrote in a statement to CTV News Toronto that the company is trying save costs in the healthcare system by offering an alternative to chronic treatment.

“The current 10-year cost of chronic therapy, which is given over the patient's lifetime, can often exceed US$4 million in just the first 10 years of a young child's life,” the company said. “In addition, that therapy stops working if treatment is stopped.”

The other main treatment, on the market, which was approved in Canada in 2016, is a drug called Spinraza, which must be taken for life, and it too can cost millions of dollars over time.

In Ontario, Spinraza, which is covered by provincial health insurance for people under the age of 18, costs $708,000 for the first year of treatment and $354,000 for each year after that.

It’s the drug Batista is currently taking, which will extend her life for an undetermined amount of time by slowing down the progression of the disease, but it is not a one-time treatment or cure.

Tadrous said this drug’s high price tag has set a precedent, which is partially why Zolgensma is now so expensive.

“[Novartis] did not pull the price tag out of nowhere, they are actually matching up against another price that set a really high precedent on what people are willing to pay [to treat] the disease,” he said.

“More and more drugs are coming in the market with these ridiculously high drug prices … this is by far the highest price tag that we’ve seen … but this is not abnormal.”

“In this case, because it’s so heartbreaking, they know that the market can also pay a higher price for it.” 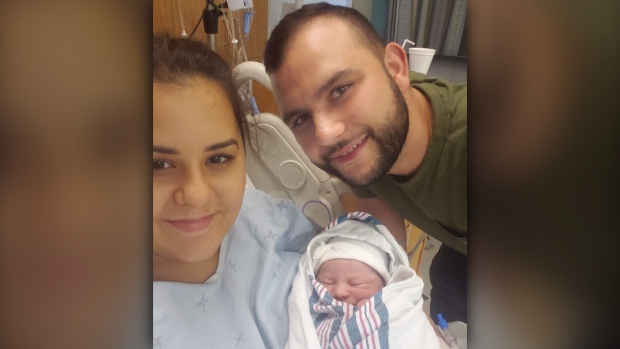 Tadrous said making a drug is a costly endeavour due to the price of research, clinical trials and other fixed costs. He said it’s also expected that drugs for rare diseases would cost even more, but that to “validate the really exorbitant high prices is not defendable.”

Baby Batista's mother Jessica Sousa said she started a GoFundMe page to raise money for Zolgensma after she noticed her daughter’s health was deteriorating.

Tadrous said he’s heard many stories like Batista's, where families are trying to access treatments and cures to help heal their children.

“This one is especially heartbreaking when you think about $2 million, what kind of family has that lying around,” he said.

“Should this drug be expensive compared to the pills you get over-the-counter? Absolutely. Should it be $2 million? I’m not quite sure.”

A spokesperson for the Novartis company behind the drug said that its purpose is to help patients, and that Zolgensma was priced cost-effectively in the U.S.

"Our first thoughts are with this child and her family. We understand their wish for the best possible outcome for their child, as all parents would want," the spokesperson wrote in a statement.

"This must be an extremely difficult time and we recognize that patients and families all over the world are interested in accessing gene therapy as soon as possible for spinal muscular atrophy, a rare but devastating genetic disease."