What’s next for Daddyo and his beloved pasta joint? 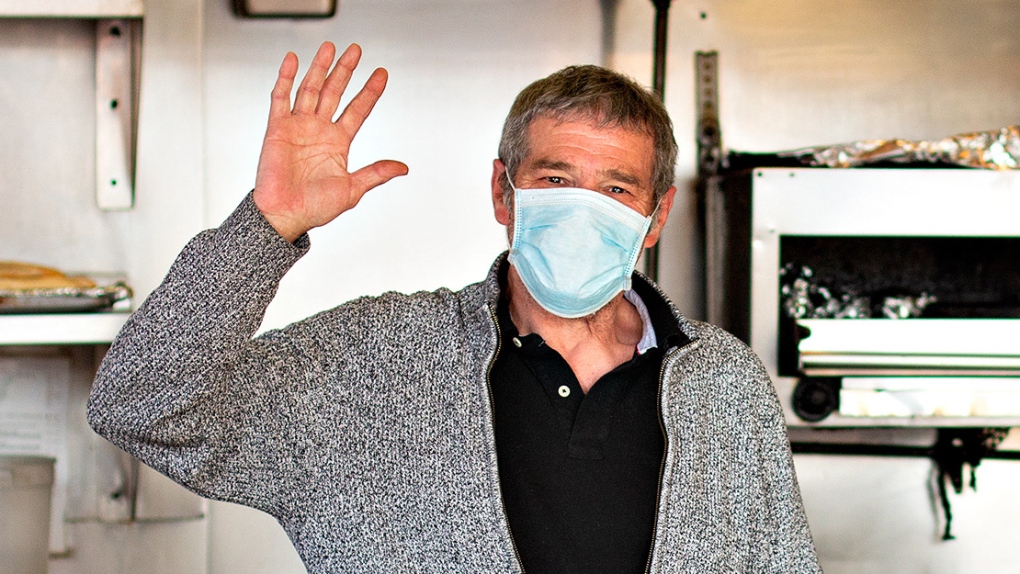 Jeffrey Markus said goodbye to his beloved restaurant in August. On Saturday, Daddyo’s is running a pop-up, featuring their top sellers, including jerk chicken in a white sauce and bolognese paired with a choice of fettuccine, spaghetti, rotini or penne.

Although Jeffrey Markus said goodbye to Daddyo’s Pasta & Salads in August after 15 years, he was not prepared to permanently part with his loyal fan base, otherwise known as Daddyo’s Nation.

"This is probably one of the toughest adjustments of my life," the 65-year-old told CTV News Toronto. "I’m still digesting everything in the last three months."

To lessen the loss of Daddyo’s closing, Markus is reviving his red painted corner spot on Spadina Avenue, just south of Bloor Street, for a nostalgic evening.

On Saturday, Daddyo’s is running a pop-up featuring their top sellers, including jerk chicken in a white sauce and bolognese paired with a choice of fettuccine, spaghetti, rotini or penne.

"They are going to be lined up around the corner," Markus said.

This coming weekend will be his second time operating a pop-up and last time, he sold out to the last noodle. Since the restaurant was located on the western edge of the University of Toronto, Markus was viewed as a father figure to the students who formed Daddyo’s Nation. To them, his name wasn’t Jeffrey, it was Daddyo.

"The thing that I love about the university was I knew every September, I would get a whole new lot of customers," Markus said. "Then, they would graduate and go off into the world."

While Markus’ heart is still tied to the business, his partnership with his co-owner dissolved in the summer and, as he put it, "basically, that was it."

After nearly 30 years in the hospitality sector, pressing pause on his typical 12-hour days was a shock to the system. He took his first step into the industry as a teenager at a casino in central Africa.

"I’ve been chasing the wind ever since," he said.

Still, Markus is eager to keep following that trajectory. He’s already looking ahead to a third pop-up on New Year's Eve, and after that, the summer.

"I want to get a food trailer, not a food truck," Markus said. "I’ve already sourced it down in Florida."

From there, he plans to stock the trailer with kitchen equipment, hit the road and sell pasta at festivals across Ontario.

While Daddyo’s has closed its physical space, apart from the revival of seasonal pop-ups, Daddyo’s Nation will only keep growing as Markus shares his pasta with the rest of the province.