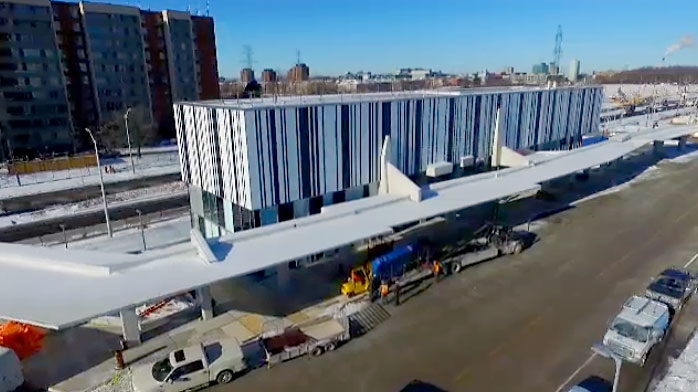 Riding the TTC will be free on Sunday in celebration of the official opening of the Line 1 subway extension.

Transportation Minister Steven Del Duca made the “surprise announcement” at Sheppard West Station on Saturday morning, noting that it was only made possible through the ability of the province and the city to work together in a “rapid fashion.”

The free service will be in effect from 5 a.m. Sunday until 5 a.m. Monday and will cover the entire TTC network, including buses, streetcars and subways.

The Province of Ontario is funding the free rides.

“As much as this is about extending the celebrations it is also about encouraging people to use this new transit investment,” TTC Chair Josh Colle said of the 8.6 kilometre, six-stop extension of Line 1. “People have built up habits over years and years and maybe it is their bus route or they have taken their car but we want you to get out of your car and shift to this new investment and there is no better way to do that than to provide free service on the first day so you can touch, feel and experience these beautiful new stations.”

The Line 1 extension will allow commuters to hop on the subway at Vaughan Metropolitan Centre and take it all the way to Union Station in about 42 minutes.

Though a group of dignitaries that included Prime Minister Justin Trudeau and Premier Kathleen Wynne did get to test out the subway at a ribbon cutting on Friday, most members of the public will have to wait until the start of service on Sunday to get their chance.

A small group of TTC commuters that were the winners of a contest will get to ride the subway extension on Saturday morning, a day ahead of everyone else.

“I am really looking forward on being on that first official train,” Del Duca told reporters on Saturday. “I am going to have my daughters on that train with me. They and tens of thousands of others like them need to see what their commuting future will look like.”

Officials estimate that the subway extension will ultimately result in about 36 million additional transit trips a year while also eliminating about 30 million car trips.